The turbocharged inline-6 BMW B58 engine began production in 2015. It picks up the baton from the famed BMW N55 inline-6 engine and continues the Bavarian manufacturer's legend in this trademark engine configuration. The B58 has been a serial winner of Ward's 10 Best Engines awards, having been recognized in 2016 (B58B30M0 in F30 340i), 2017 (B58B30M0 in F22 M240i), and 2019 (B58B30M1 in G05 X5 40i).
The B58B30O1 features a series of upgrades, including 25% reduction in turbo impeller mass and integrated twin-scroll turbocharger and steel exhaust manifold for greater turbo response. It produces 382 horsepower and 500 Nm of torque. General Motors' LT2 engine is part of the Generation V Chevrolet Small-Block engine family. The V8 comes with a 4.06-in bore and displaces 6.2 litres (376 cu in). Specifically designed for mid-engine performance application in the C8 Corvette, the LT2 comes with dry-sump lubrication. It develops 495 hp and 637 Nm of torque. The LFB1 is part of the Honda L-series inline-4 engine family. The series has a wide range of configurations and displacements. Running in Atkinson cycle, the LFB1 has the largest displacement at 2.0 litres and is specifically designed for hybrid applications.
The all-aluminium, naturally aspirated engine features high compression ratio (13.5:1) and a moderate output. With Honda's Sport Hybrid i-MMD (Intelligent Multi Mode Drive), however, the engine delivers a combined output of 212 hp and 175 Nm of torque. The Mercedes M256 engine is another turbocharged inline-6. Like the B58 from BMW, Mercedes introduced the M256 in a modular design with 500 cc per cylinder. Unlike the B58, the M256 uses a 48V electrical system to operate a BorgWarner electric auxiliary compressor to reduce turbo lag. The integrated starter alternator also provides boost and replaces the drive belts (serpentine belt & V-belt) for accessories, resulting in a smaller and lighter package.
Thanks to the inline design, many duplicate components in the M276 V6 that it replaced such as camshafts and turbocharging are avoided, cutting weight by 5.7 kg. The M256 E30 DEH LA GR awarded by Wards produces 362 hp and 500 Nm of torque. The 2020 model year is the since competition is renamed from "Wards 10 Best Engine" Awards. Selected by Ward's AutoWorld magazine, the awards recognizes the best engines in regular-production vehicles on sale in the US market no later than the first quarter of the year since 1995.
Traditionally, there is a price limit for eligibility, which increased from $50,000 in 1995 to $65,000 in 2020. The limit is to be removed in future competitions.
Historically, General Motors, BMW, and Ford have had the most wins. 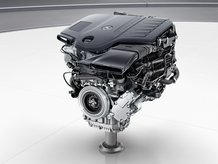 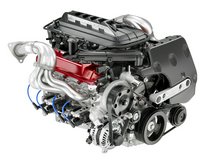 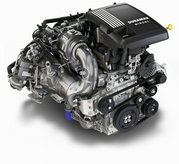 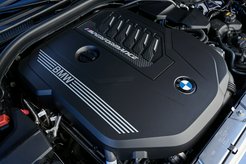 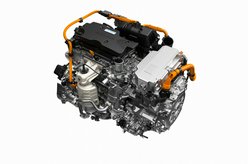 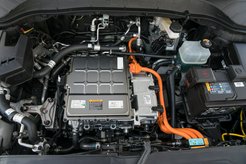 The second-generation BMW 4 Series Coupe (G22) departs from its predecessor in embracing clear differentiation from the BMW 3 Series on which it is based: Notably, a striking front end with prominent, vertical kidney grille is unique to the 4 Series. T...
Compare
NEX score 79%

The 3rd-generation Mercedes-Benz GLS-Class is a full-size luxury SUV marketed as the "S-Class of SUVs". All models drive all four wheels via a 9G-Tronic automatic transmission, and most have 48-volt mild-hybrid technology. Airmatic suspension i...
Compare
NEX score 72%

The 4th-generation GLE is a mid-size crossover SUV. The new engines are very efficient, and the diesel engines comply with Euro 62d and RDE level 2. The petrol models will include an inline-6 that include a 48-volt mild-hybrid system.
Compare
NEX score 68%

The AMG GT 4-Door Coupe is the third vehicle to be developed directly by Mercedes-AMG. It features either a 4.0L V8 (M177) or a 3.0L I6 (M256) coupled to a 9G tronic automatic transmission that drives all wheels. An upcoming 73 model that combines the ...
Compare
NEX score 85%

The fifth-generation Toyota Supra is the first global GR model from TOYOTA GAZOO Racing. Co-engineered with BMW, the new Supra shares many components with BMW Z4. including the turbocharged inline-6 (and in select markets, inline-4) engine and the info...
Compare
NEX score 75%

The sixth generation Altima is a mid-size sedan by Nissan. Two engines options are available, a 2.0L turbocharged I4 and a 2.5L I4; both are coupled to a continuously-variable transmission (CVT). Like its predecessors, it is based on a front-wheel-driv...
Compare
Ads: Support our work by making purchase on the following sites. As affiliate of these vendors, we may receive a commission if you make a purchase with these links.
AmazoneBayAdoramaHP