The exhaust side of BMW's B57D30 Inline-6 Diesel Engine

A 48-volt starter generator is integrated to the straight-six diesel engines. They facilitate energy recuperation during braking, with a battery for storing the electric energy thus generated. The starter generator can support the combustion engine with an electric boost during acceleration. 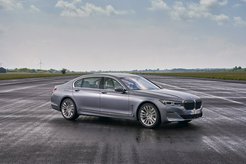 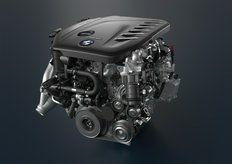 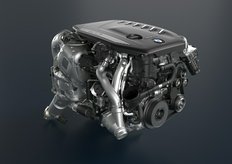 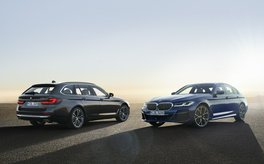 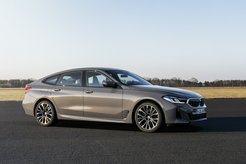 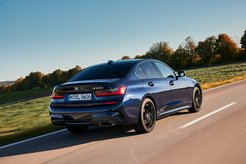 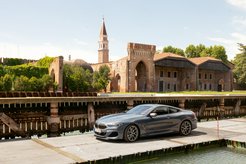 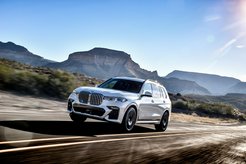 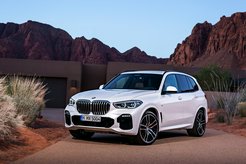 The facelifted BMW 5 Series Sedan (G30) and Touring (G31) feature 48-volt mild hybrid technology in all four- and six-cylinder models, except for the plug-in hybrid 530e and 530e xDrive. On the outside, Adaptive LED Headlights with matrix, adaptive cor...
Compare
NEX score 87%

The third generation BMW X6 (G06) is brought on BMW's CLAR (Cluster Architecture) platform, using a range of materials to improve strength and reduce weight. It is thus longer and wider yet lighter than its predecessor (F16).
Compare
NEX score 78% 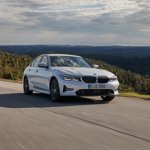 The seventh generation BMW 3 Series is a compact executive sedan that continues one of BMW's most important models. G20 3 Series is both longer, wider, and lighter, while 50% more rigid than its predecessor. It retains the 50:50 weight distribution...
Compare
NEX score 86%

The 8 Series Gran Coupe is BMW's flagship sports sedan. Sharing the drivetrain of its Coupe and Convertible siblings, the Gran Coupe is more practical without significant impact on weight and handling.
Compare
NEX score 74%
Ads: Support our work by making purchase on the following sites. As affiliate of these vendors, we may receive a commission if you make a purchase with these links.
AmazoneBayAdoramaHP