SonyPublished on 16 Aug 2021Written by Dr Jiulin Teng
Keywords: awardcameracanoneisag-masterlensnikonsony
The once-a-year, everyone-wins EISA Awards have been announced during this weekend by the Expert Imaging and Sound Association. As usual, everyone has won, but some won big. Just like last year, it is Sony that has come on top. The Alpha 1 snatched the 2021-2022 EISA Camera of the Year award. It is an outstanding feat that offers both high resolution (at 50MP) and high speed (at 30fps) with industry-leading 1/400sec flash sync speed and 8K 30p capabilities. Sony achieves this with its new stacked Exmor RS CMOS sensor that supports lightening-fast readouts; unlike the units found in the A9 / A9 II, moreover, this sensor does not sacrifice dynamic range, allowing the A1 to produce images that match that quality obtained by the A7R IV. The G Master 12-24mm F2.8 is the most remarkable ultra-wide-angle (UWA) zoom lens on the market today. Reviewers have all commented on its impressive image quality, many suggesting that it bests even the FE 14mm F1.8 GM (which also received a curtesy EISA Award as the 2021-2022 Wide-Angle Lens).
Moreover, it is unique in the zoom range and aperture combination and lighter and smaller than objectively inferior competitions. For example, Canon's widest zoom lens is the EF 11-24mm F/4L USM, and Nikon's is the AF-S NIKKOR 14-24mm f/2.8G ED. The former is one stop slower, while the latter is noticeably narrower in the wide end. The best attempt from a third-party manufacturer, the SIGMA 12-24mm f/4 DG HSM Art, is even less competitive. Despite its superior capabilities, the FE 12-24mm F2.8 GM is smaller and lighter (less than half of the aforementioned NIKKOR) and cheaper! It is without doubt the UWA zoom to get for anyone who needs this sort of thing.
It easily won EISA's 2021-2022 Wide-Angle Zoom Lens (Full-Frame) Award. I would personally also awarded it Wide-Angle Lens of the Year and Lens of the Year. Sony FE 50mm F1.2 GM debunks the "small lens mount" myth once and for all

Just a couple of years ago, competitors berated Sony's E-mount, suggesting that its relatively small diameter restricts the capabilities of lenses designed for it. In a marketing-driven strategic decision, Nikon introduced the huge Z-mount, clearly targeting Sony (as in A-to-Z). This year, Sony introduced the 1st first-party f/1.2 lens (while third-party f/1.2 and even wider lenses, most notably Voigtlander's NOKTON series, have long been available) in the FE 50mm F1.2 GM, debunking this myth once and for all.
While a 50mm f/1.2 lens is not what most photographers need, Sony is able to make it smaller and lighter than its f/1.4 predecessor (the 50mm ZONY), while offering superior resolution, micro contrast, and rendering. Money is indeed the only object in the way of its widespread adoption, and only a few well-heeled photographers will be enjoying it.
EISA has given it the 2021-2022 Standard Lens Award.
The other two Sony winners of the 2021-2022 EISA Award in the Photography category include the aforementioned 14mm GM and the long-awaited A7S III.

Compared to Sony, Nikon has introduced far fewer gears in the last year. Still, its marketing department is able to liaise with EISA to obtain four awards. The Z 5 and Z 6II full-frame cameras and the NIKKOR Z MC 50mm f/2.8 lens are good options for consumers in the Z-mount ecosystem and perhaps worthy of awards in their respective categories. What really stands out, however, the the new NIKKOR Z 70-200mm f/2.8 VR S. As mentioned before, while Sony is focusing on making its mirrorless camera system more compact, Nikon is going the opposite direction. Its new NIKKOR Z S-series lenses are some of the most physically imposing in the class. The NIKKOR Z 70-200mm f/2.8 VR S is no exception.
Like other units in Nikon's "holy trinity" zooms, it features a unique OLED top display and a customizable ring as well as numerous customizable buttons. It uses a more conventional internal-zoom design that many pros who work outdoors appreciate more compared to Canon's new design (which by the way won the 2020-2021 EISA Award in this category, leaving the NIKKOR no choice but to win as a old release this year).

After impressing the world last year with its new premium RF-mount zoom and prime lenses, Canon has launched few products in recent months. As a result, it has only secured two 2021-2022 EISA awards, one for its R5 high-resolution camera, and one for the RF 100mm F2.8L Macro IS USM lens. Most notably, Canon's R5 won the EISA Camera Innovation Award last year. This year, the Canon again managed to win an EISA award. It should be noted, however, that the introduction of Sony Alpha 1 has completed blown the R5 out of the water: the Sony offers higher resolution, wider dynamic range, and faster speed. Still, the R5 is a comparable camera that can be had for about 60% of the price of the Sony. In a price-per-buck comparison, it is still an interesting choice.
Other winners of 2021-2022 EISA Awards in Photography include Fujifilm's GFX 100S and X-S10, three Tamron lenses, and two Laowa lenses. 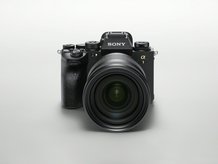 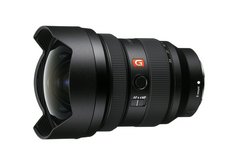 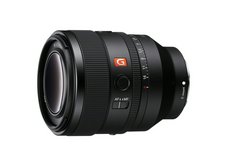 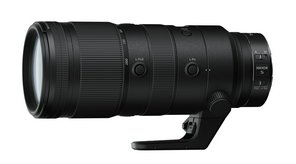 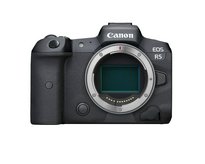 Nikon NIKKOR Z MC 50mm f/2.8 is a standard macro lens with autofocus. Unlike the MC 105mm f/2.8 unveiled at the same time, this lens can only stop down to a moderate f/22 aperture, though it retains the 1:1 maximum magnification. As usual with 50mm mac...
Compare
Neoscore 78%NEX score 77% 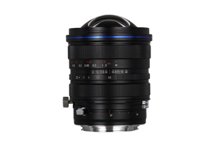 Laowa 15mm f/4.5 Zero-D Shift is a unique ultra-wide "shift" prime lens for full-frame cameras. Its image circle is also large enough to cover Fuji G-mount medium format cameras (via adapter), though the range of lens shift is reduced in this a...
Compare
Neoscore 31%NEX score 78% 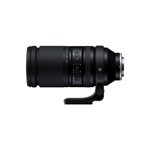 Tamron 150-500mm F/5-6.7 Di III VC VXD is a full-frame super-telephoto zoom lens for Sony's E-mount mirrorless system. It is another effort by the Japanese brand to tap into the upcoming Olympics with a lens that should interest enthusiasts. Compar...
Compare
Neoscore 50%NEX score 76% 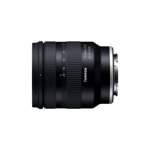 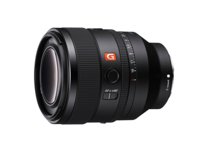 Sony FE 50mm 1.2 GM is an ultra-fast full-frame prime lens for Sony's E-mount mirrorless cameras. With the largest f/1.2 maximum aperture across Sony's lineup, the 50mm GM joins the SEL35F14GM and SEL24F14GM as some of the most compact large ap...
Compare
Neoscore 88%NEX score 85%
Ads: Support our work by making purchase on the following sites. As affiliate of these vendors, we may receive a commission if you make a purchase with these links.
AmazoneBayAdoramaHP