CanonPublished on 17 May 2020Last Edited on 23 Jan 2021Written by Dr Jiulin Teng
Keywords: cameracanoncompact-cameradslreosmirrorlessnew-featuresoftware
Inspired by the trying times we are going through during the Covid-19 pandemic, Canon has introduced EOS Webcam Utility Beta software that allows owners of select Canon DSLR, mirrorless, and compact cameras to turn their photography gear into webcams.

Why Does It Matter?

Most webcams today are HD (720p) only, and poor quality at that. In contrast, most modern digital cameras can handle FHD, if not 4K with ease. The large 35mm full-frame or APS-C sensors in these interchangeable lens cameras (ILCs) paired with high quality glass (rather than tiny plastic lenses that lack even the focus function) deliver image quality that is vastly superior.
During periods of confinement, online video calls become an essential part of life. Families and friends that are separated by physical distance deserve better image qualities—sometimes, this is the last time they meet.
Commercially, it is also a smart move by Canon. Not a manufacturer of traditional webcams, Canon is not at risk of cannibalizing its own market. At the same time, photography enthusiasts deciding between Canon and its competitors now have one more reason to go EOS.

Which Cameras Are Supported?

Canon's latest DSLR, mirrorless, and compact cameras are receiving support for this new feature. The complete list is as follows:

At the moment, EOS Webcam Utility Beta only works on Windows machines. A single USB cable is needed. 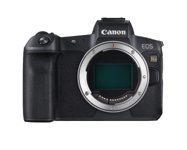 Canon EOS Ra is a high-sensitivity mirrorless interchangeable lens camera for the RF-mount system. It is Canon's first mirrorless camera designed specifically for astrophotography. Built on the EOS R, it brings in a range of features that improve t...
Compare
Neoscore 71% 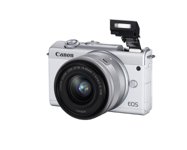 Canon EOS M200 is a affordable mirrorless camera in the Canon EF-M-mount system. Introduced by Canon in 2019, it comes with an APS-C sensor with 24 MP (6000 x 4000) resolution. The camera has a poor battery life, and a second or third battery may be ne...
Compare
Neoscore 49%NEX score 67% 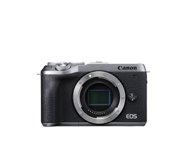 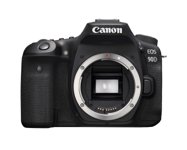 Canon EOS 90D is a high-end DSLR camera in the Canon EF-mount system. Introduced by Canon in 2019, it comes with an APS-C sensor with 33 MP (6960 x 4640) resolution. The camera has an excellent battery life, and you may just get away without a second b...
Compare
Neoscore 64%NEX score 76% 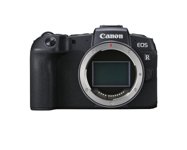 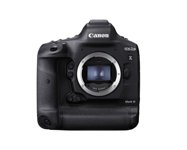 EOS-1D X Mark III is Canon's latest flagship professional sports camera. Featuring a new DIGIC X image processor with deep learning technology, 1DX Mark III manages industry-leading 16 fps with optical viewfinder and 20 fps in Live View with either...
Compare
Neoscore 77%NEX score 91%
Ads: Support our work by making purchase on the following sites. As affiliate of these vendors, we may receive a commission if you make a purchase with these links.
AmazoneBayAdoramaHP