Leica SL2 Released Four Years After the Original SL Full-Frame Mirrorless Camera: What Has Changed, and What Stays the Same?

LeicaPublished on 15 May 2020Last Edited on 23 Jan 2021Written by Dr Jiulin Teng
Keywords: camerafull-framehigh-endl-mountleicamirrorlesspanasonicsigma
The original Leica SL was loved by photographers and reviewers for its minimalist design, simplistic yet powerful user interface, high resolution electronic viewfinder (EVF), and access to Leica's amazing lineup of L-mount lenses (and M-mount ones via an adapter). Four years later, Leica finally released an update. Let's see what has changed and what has stayed the same.

Leica SL could be considered a modern icon in the camera industry. The SL2 has largely kept the winning formula: Substantial body capable of standing the test of time designed and built in Germany. The button placement, as a consequence, has remained largely the same. Leica SL2 carries over the iconic SL design
Nevertheless, Leica has rounded out the sharp edges of the SL, and the four unnamed buttons around the LCD screen have been replaced by three labeled ones founded on recent Leica cameras. On the front between the lens mount and the grip, there are now two custom buttons instead of one. Naturally, the SL2 has significant updates on the inside, making it considerably more powerful:

The new Leica SL2 features a 47-megapixel sensor, almost doubling the 24MP pixel count of its predecessor. Without a low-pass filter, this sensor is similar to the one found in Panasonic S1R; nonetheless, the micro lens design is modified to maintain optimal image quality when shooting with adapted Leica M lenses (which tend to project onto the sensor on a more oblique angle, due to the non-retrofocus design).

The SL2 adds in-body image stabilization that compensates for vibration on 5 axes for up to 5.5 stops. Thanks to the sensor-shift mechanism, the Leica SL2 now also features high-resolution multi-shot mode, combining 8 frames to produce a 187MP image.

Leica SL2 features the new Maestro III processor. It supports the new Object Detection AF: the camera not only recognizes faces but also detects when a subject start moving, subsequently switching between motion and focus priority.
Meanwhile, continuous shooting speed is now significantly improved: up to 10 fps with mechanical shutter and 20 fps with electronic shutter only. Previously, the SL Typ 601 was capable of only 11 fps (6 fps in focus priority).
Video is a key area where improvements have been made. The SL2 now supports recording at 4K 60p with full pixel readout and no crop, up from 4K 30p. 5K 30p is also available. Video can now be recorded in 10-bit internally. Leica has also given the SL2 a Cine mode: It transforms the SL2 into a manually-controlled cine camera. ISO becomes ASA, shutter speed is marked in degrees on the rotary disk, and the f-stops are replaced by T-stops.

During the four years since the debut of Leica's first full-frame mirrorless camera, the industry has changed significantly. In 2018, Leica, Panasonic, and Sigma joined forces to create the L-Mount Alliance. Since then, Panasonic and Sigma have both released full-frame L-mount cameras and lenses. Panasonic is a key player in the L-mount Alliance
In particular, the Panasonic S1R shares many design and functional features with the SL2. One may reasonable ask, what separates them?
Not a lot, as it turns out:
These are very similar cameras with lots of sharing in design and engineering. Whether the SL2 is worth the extra $2300 depends on how much the photographer values the look & feel of the Leica and the continuous shooting capabilities that it offers. Both naturally have access to the same range of L-mount lenses.
In fact, Panasonic has also launched the S1 and S1H, which may be more suitable for you. Have a look at the related products and find out for yourself. 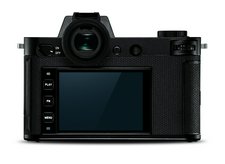 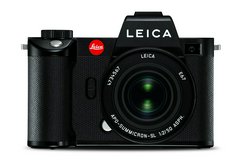 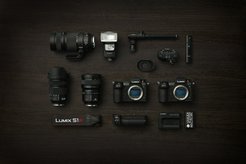 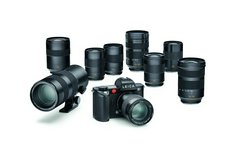 Panasonic Lumix DC-S1H is a high-end mirrorless camera in the Leica L-mount system. Introduced by Panasonic in 2019, it comes with a full-frame sensor with 24 MP (6000 x 4000) resolution and a 5.76 million-dot EVF. The camera has a usable battery life,...
Compare
Neoscore 71%NEX score 75% 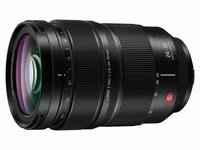 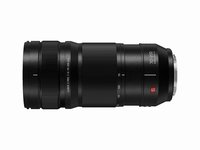 Panasonic Lumix S Pro 70-200mm F4 OIS is a telephoto zoom lens for Leica L-mount. It covers the full-frame image circle. Introduced by Panasonic in 2019, it has 23 elements in 17 groups. Photographers will be pleased by the fact that the lens is intern...
Compare
Neoscore 69%NEX score 64% 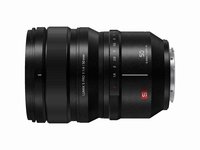 Panasonic Lumix S Pro 50mm F1.4 is a large-aperture normal prime lens for Leica L-mount. It covers the full-frame image circle. Introduced by Panasonic in 2019, it has 13 elements in 11 groups. For incremental weathers, Panasonic is kind enough to incl...
Compare
Neoscore 78%NEX score 76% 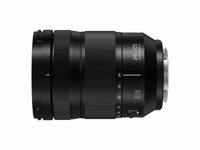 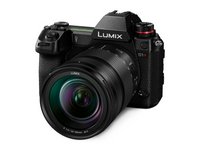 Panasonic Lumix DC-S1R is a high-end mirrorless camera in the Leica L-mount system. Introduced by Panasonic in 2019, it comes with a full-frame sensor with 47 MP (8368 x 5584) resolution and a 5.76 million-dot EVF. The camera has a usable battery life,...
Compare
Neoscore 77%NEX score 80%
Ads: Support our work by making purchase on the following sites. As affiliate of these vendors, we may receive a commission if you make a purchase with these links.
AmazoneBayAdoramaHP