NikonPublished on 04 Mar 2021Written by Dr Jiulin Teng
Keywords: appcameradslrmacmirrorlessnikonsoftwarewindows
Nikon has just released NX Studio as a free-to-download software for Nikon digital cameras. It provides a one-stop solution for image cataloguing, RAW processing, and image & video editing and is available for both Windows and Mac. A key value proposition of NX Studio is the ability to manage and edit not only still images but also videos in one place, with a consistent interface. The free NX Studio offers cataloguing features comparable to premium paid or subscription-based alternatives such as Capture One and Lightroom. Examples include the ability to create location- and metadata-based views as well as side-by-side comparisons.
Compared to third-party RAW processing software, the NX Studio also comes with a built-in video editor with basic functions. It makes the creation of slide shows with some video editing easy. Nikon has committed to keep the NX Studio up-to-date with all Nikon cameras and lenses, providing it the best support of NEF and NRW RAW files. Its interface also features menu items and terminologies that match those found in Nikon digital cameras, providing a layer of familiarity not commonly available from third-party image or video processing software.
The NX Studio is compatible with all Nikon Z series mirrorless, DSLR, and compact cameras. It can be downloaded for free here. 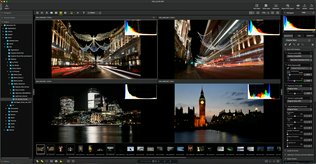 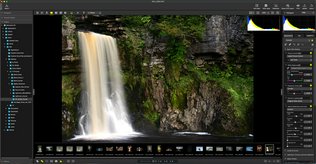 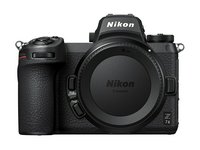 Nikon Z 7II is the company's 2nd-gen flagship mirrorless camera. Launched together with the Z 6II, the Z 7II also features dual EXPEED 6 image processors for improved autofocus and video performance. The calling-card of the Z 7II is the 45.7MP back...
Compare
Neoscore 86%NEX score 78% 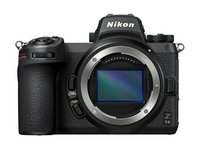 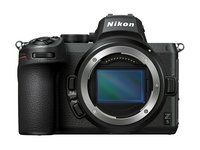 Nikon Z 5 is an entry-level full-frame mirrorless camera in the company's Z series lineup. The Nikon Z 5 combines sophisticated features inherited from the Z 7 and Z 6 and brings them to a new low price point. As the new entry point to Nikon’s full...
Compare
Neoscore 62%NEX score 74% 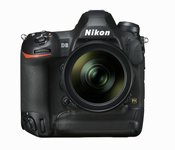 Nikon D6 is a high-end DSLR camera in the Nikon F-mount system. Introduced by Nikon in 2019, it comes with a full-frame sensor with 21 MP (5568 x 3712) resolution. The camera has an excellent battery life, and you may just get away without a second bat...
Compare
Neoscore 73%NEX score 73% 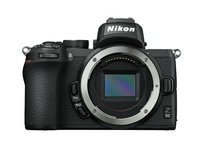 Nikon Z50 is a mirrorless camera in the Nikon Z-mount system. Introduced by Nikon in 2019, it comes with an APS-C sensor with 21 MP (5568 x 3712) resolution and a 2.36 million-dot EVF. The camera has a poor battery life, and a second or third battery m...
Compare
Neoscore 57%NEX score 76%
Ads: Support our work by making purchase on the following sites. As affiliate of these vendors, we may receive a commission if you make a purchase with these links.
AmazoneBayAdoramaHP