HomeProductsComparatorKeywordsCompanies
Home > Articles > Guide > Audi RS Models: How Are They Set Apart from Other Variants in the Same Series?
Guide | Cars

Audi RS Models: How Are They Set Apart from Other Variants in the Same Series?

At Audi, the RS models set the tone for the entire portfolio. Their designs are inspired by motorsports. Hence, extreme shapes and edges that confer and convey performance are frequently incorporated. Front quarter view of an Audi RS4
Bodies on RS models, for example, tend to be wider, particularly at the rear tracks. This usually necessitates different body panels and suspension design. The performance gain that they deliver can be found in high-speed stability and confidence-inspiring handling characteristics.

The RS models are developed together with base models. At every stage of development, Audi takes into account practices in production to ensure that RS models will be produced with high degrees of precision.

Audi believes in track tests for its RS models. The North Loop (Nordschleife) of the Nurburgring is used for endurance testing, during which over 80% of the course is driven at full throttle. Over the course of 8000 kilometres, every component in the car is pushed to its limit. The Audi RS5
This process reveals the car's strengths and weaknesses to the engineers. Improvements can thereafter be made to ensure every kilometre driven in an RS delivers an experience that Audi aspires to confer.

Audi RS models are assembled at four locations: From Germany, RS3 Sportback, RS3 Sedan, RS4 Avant, RS5 Coupe, and RS5 Sportback are made in Inglolstadt, while RS6 Avant and RS7 Sportback are manufactured in Neckarsulm. From Hungary, TT RS Coupe and Roadster, RS Q3, and RS Q3 Sportback are built. The RS Q8 is produced in Slovakia. Audi RS sports wheels
That is to say that RS models are indeed made on the same production lines as their lower-powered siblings, though only European locations are involved (while lower-powered models are frequently assembled in, for example, China, which has been Audi's most important market). 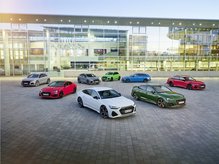 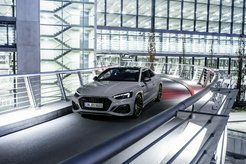 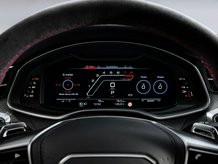 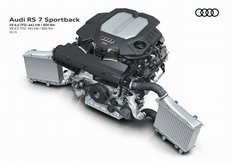 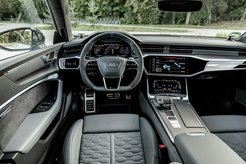 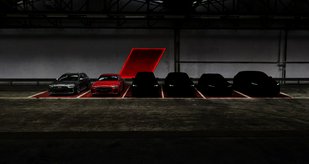 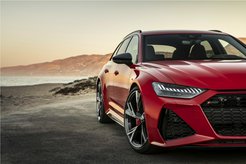 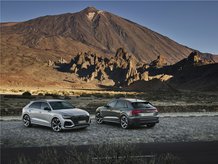 Q8 is the result of Audi's attempt at mixing the elegance of a four-door coupe and the capabilities of a large crossover SUV. Featuring the latest automotive technologies, Audi Q8 sports full-laser headlamps and taillamps as well as a knob-less MMI...
Compare
NEX score 72%

The second generation Audi Q3 is built on the MQB platform shared with Volkswagen's front-wheel-drive cars / crossovers. Powered by inline-4 petrol and diesel engines or inline-5 petrol engine (RS) carried over from its predecessor, the new Q3 is n...
Compare
NEX score 71%
Ads: Support our work by making purchase on the following sites. As affiliate of these vendors, we may receive a commission if you make a purchase with these links.
AmazoneBayAdoramaHP