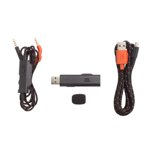 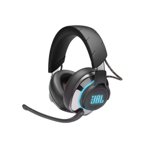 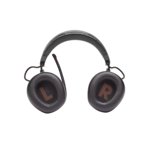 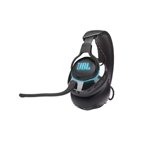 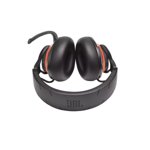 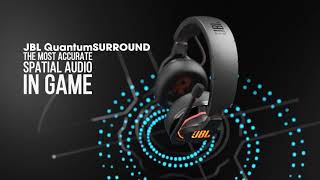 JBL Quantum 800 is an over-ear gaming headset with a flip-up microphone. Part of JBL's new gaming range, the Quantum 800 features active noise cancellation and can be used wirelessly or wired via 3.5mm audio cable or USB.
The Quantum 800 is similar to the cheaper Quantum 600, adding on top of it active noise cancellation and Bluetooth 5.0 support.
Other models in JBL's Quantum series include the basic Quantum 100, Quantum 200 that adds a PC splitter, Quantum 300, which comes with a USB adapter, Quantum 400, which internalizes the USB adapter and adds surround sound support, and the flagship, Quantum One, which uniquely features surround sound with Head Tracking.
There is also an in-ear headset in the Quantum range, the Quantum 50. 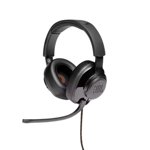 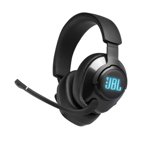 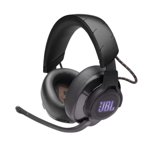 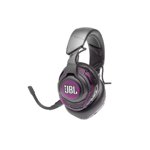 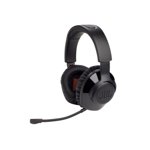 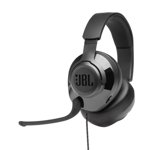 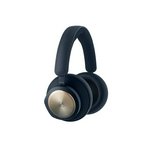 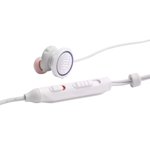 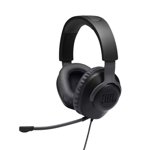 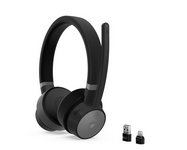 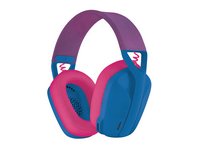 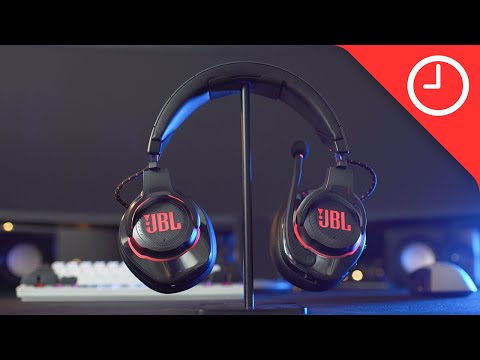 Sentiment Score 79%
Reviewers from pcmag have found the following***:
The JBL Quantum 800 features active noise cancellation (ANC) The boom microphone is very sensitive and sounds excellent with some tinkering. Music sounds very good on the Quantum 800 when you use the right settings. If you want good ANC, the Sennheiser HD 450BT is an excellent pair of headphones.
Find the original article here.
Pros
Cons

Sentiment Score 47%
Reviewers from rtings have found the following***:
The JBL Quantum 800 are okay for mixed use. They have a bass-heavy sound profile with a somewhat veiled treble. If you don't like this sound, there's a graphic EQ as well as presets available on their companion software. They're better suited for gaming, though, as they can connect wirelessly via their USB dongle.
Find the original article here.
Pros
Cons

Sentiment Score 75%
Reviewers from tomsguide have found the following***:
The JBL Quantum 800 provides rich, detailed soundscapes that deliver a healthy amount of bass, robust trebles and crystal-clear voices. Unlike most other USB headsets, the Quantum 800 uses five different drivers to manage its sound. It's a shame that you can't remove the microphone, otherwise the Bluetooth functionality would make it an easy sell for trips and commutes.
Find the original article here.
Pros
Cons