A panoramic glass roof similar to that found on the facelifted Bentayga and the new Flying Spur is now available on all Continental GT coupe models. Equipped with polarized glass, the sunroof reduces glare and allows for clearer view outside. An interior blind clad in Alcantara is operated electronically and matches the headliner colors. The New Sunroof in the Continental GT
At the same time, Bentley revised the standard steering wheel. The new design includes capacitive sensing throughout the rim of the steering wheel, allowing it to detect whether the drivers' hands are holding it. This complies with new legislation that stipulates driver contact with the steering wheel at all times when the car is moving during semi-autonomous driving. Bentley also added three new paint colors to expand the palette to 62 shades: Viridian, Patina, and Snow Quartz. For example, Viridian is a modern take on the traditional British Racing Green. It combines deep agate green with light green and blue undertones as well as flecks of amber and gold. 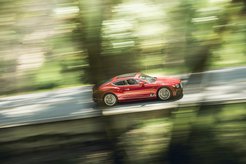 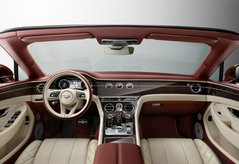 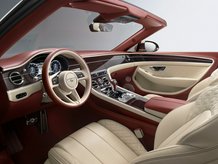 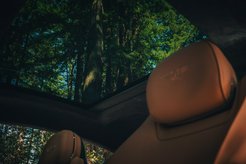 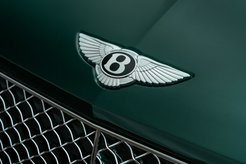 The Bentley Continental GT is the 3rd iteration of one of the world's most popular luxury GTs. Built on Volkswagen Group's MSB platform, its sporting capabilities and refinements have been vastly improved over the previous generation.
Compare
NEX score 87%

Bentley Mulsanne II facelift is an ultra-luxury full-size sedan in production from 2016 to 2020. It is available with a twin-turbocharged V8 engine that displaces 6.75L.This venerable OHV V8 can trace its heritage to the 1960s. While its 14.6L/100km (1...
Compare
Neoscore 63%NEX score 84%
Ads: Support our work by making purchase on the following sites. As affiliate of these vendors, we may receive a commission if you make a purchase with these links.
AmazoneBayAdoramaHP