Porsche 911 and the Targa Top: A Romantic History of Engineering and Open-Air Driving Pleasure

PorschePublished on 28 May 2020Last Edited on 17 Mar 2021Written by Dr Jiulin Teng
Keywords: 911awdconvertiblehistoryporscherwdsports-cartarga
Porsche unveiled its latest Targa-top models, the 992 Porsche 911 Targa 4 and Targa 4S in May 2020. Let us take a look at the history of this unique form of automotive legend.

At the 1965 Frankfurt Motor Show, Porsche introduced the 911 Targa. Neither a convertible nor a coupe, it was the world's first cabriolet with a fixed roll bar. Open-air driving was redefined at this moment, thanks to a removable folding roof and a fold-down plastic rear window: The Targa could be fully closed, fully open, open with only the center roof section removed, or open with the rear window folded down. The Targa concept led to a new kind of driving experience that appeared also subsequently in other cars such as the Carrera GT. The original 911 Targa was introduced to replace the convertible version
This innovation was made at a time when calls for more safety measures on convertibles became louder and louder in the United States, with some suggesting a total ban of open-air driving.
Legend has it that the name "Targa" comes from Targa Florio, a road race in Sicily where Porsche had been successful since the mid-1950s.
In 1967, the Targa models could also be configured with a fixed and heated rear window made of safety glass in place of the original plastic window. A year later, this became the standard and remained unchanged for decades. Targa with fixed rear window and removable top
The G series from 1973 saw substantial updates to the body of the 911, including a new bumper in compliance with new regulation in the US. The brushed stainless steel Targa roll bar was also available in black. In 1983, Porsche reintroduced the convertible in the form of 911 SC cabrio; nevertheless, the Targa stayed on the market until the end of the G series in 1989.

All-wheel drive debuted in the form of the 964 Carrera 4 in 1988. The classic body shape was retained, though the car underwent comprehensive reengineering: 85% of the parts were new. In 1989, Carrera 2 became available. The design of the Targa top, including the iconic roll bar and the curved rear glass window, stayed the same. The 911 returned as Type 993 in 1993, and the 993 Targa was introduced in 1995. In a complete redesign, the new Targa did away with the iconic roll bar. The roof, made of tinted glass that span from the windshield to the engine cover, was now encased within a longitudinal safety structure. The roof section could open smoothly at the push of a button and retract under the rear window like a wide sliding roof. The 993 Targa features a retractable glass roof
With this design, wind noise was reduced, and the passengers could enjoy sunlight even with the roof closed. It was also able to keep the classic coupe roofline of the 911.

The Type 996 Porsche 911 was a departure from earlier model in having the model's first-ever water-cooled engine. Four years after the introduction of the coupe, the 996 Targa became available in 2001. The 996 Targa adds a new rear lid window
The 996 Targa kept the sliding roof design of the 993 Targa, though the glass surface now exceeded 1.5 square metres. Unlike its predecessor, the rear window on the 996 Targa could be opened up, allowing for easy access to the rear storage area with up to 230 litres of storage space.

The 997 Targa kept the design of its predecessor. New glass was employed to reduce weight, and two polished aluminium strips along the roof accentuated the unique design. Since this generation, the Targa became exclusive to all-wheel drive models, the 911 Targa 4 and Targa 4S. In 2011, Porsche introduced the fully-redesigned, highly-acclaimed Type 991 911. In 2014, the Targa was reintroduced with a completely new design: Gone was the sliding roof design, and the legendary Targa roll bar made a return. The 991 Targa reintroduces the iconic roll bar, accompanied by a new top mechanism
Like the classic Targas, the roll bar took over the B-pillar in a C-pillar-less design. Unlike the classics, however, the roof now retracted at the push of a button under the rear window. Essentially, the new design gave the 991 Targa the best of both worlds.

A year and a half after the debut of the Type 992 Porsche 911, the Targa is back. The top mechanism stayed unchanged. Nonetheless, the 992 features a broad range of design, mechanical, and comfort improvements over the 991. 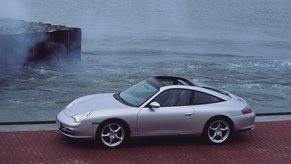 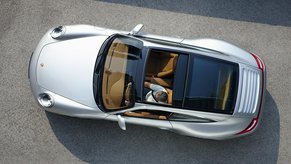 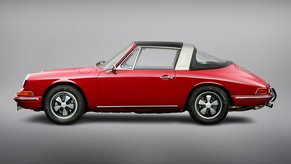 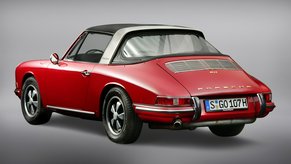 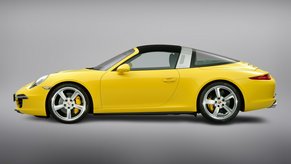 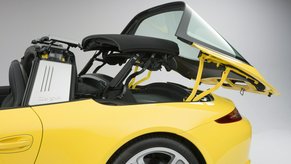 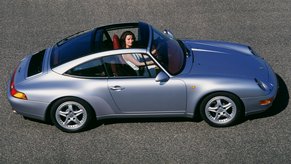 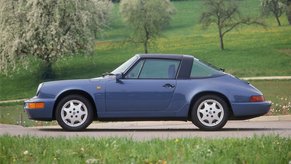 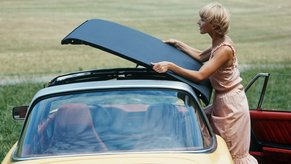 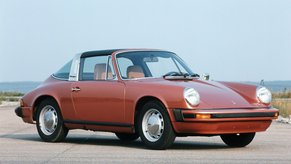 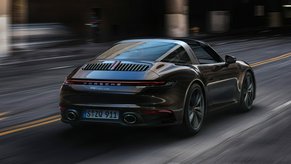 The 992 Porsche 911 Targa features the same 3.0L twin-turbocharged boxer engine as the Carrera and Carrera S, though it is available only with all-wheel drive. Armed with the optional Sport Chrono package, the Targa 4S can accelerate to 100 km/h from a...
Compare
NEX score 82%
Ads: Support our work by making purchase on the following sites. As affiliate of these vendors, we may receive a commission if you make a purchase with these links.
AmazoneBayAdoramaHP