Venus Laowa 15mm F4 1:1 Macro is a manual-focus ultra wide-angle macro lens for Canon EF-mount, Leica L-mount, Nikon F-mount, Pentax K-mount, Sony A-mount, and Sony E-mount. It is one of the widest macro lens that covers the full-frame image circle. Introduced by Laowa in 2015, it has 12 elements in 9 groups.
Unfortunately, Laowa has opted to omit weather sealing for this lens, so owners should pay extra attention when shooting in incremental weathers.
The 1x magnification opens up a lot of opportunity for macro shots. Manual focus can be a blessing in this case. As an ultra wide-angle prime lens that happens to have relatively small maximum aperture, it is also suited for landscape photography. Even though the lens is not stabilized, at this focal range it does not usually matter. In fact, some may be able to get cleaner corners without image stabilization. Those who like sunstars (sun bursts) will be pleased by the lens' even-numbered aperture count, though conversely those who find sunstars distracting may have the opposite feeling. 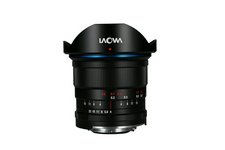 Laowa 14mm f/4 Zero-D DSLR is a manual-focus full-frame ultra-wide-angle prime lens designed specifically for DSLRs. While its headline features appear similar to that of the 14mm f/4 FF RL Zero-D from 2020, the DSLR version is indeed markedly differen...
Compare

Laowa 10-18mm F4.5-5.6 Zoom is a unique manual-focus ultra wide-angle prime lens for Leica L-mount, Nikon Z-mount, and Sony E-mount. It is the widest rectilinear zoom lens that covers the full-frame image circle. Introduced by Laowa in 2018, it has 14 ...
Compare
Neoscore 40%NEX score 63% 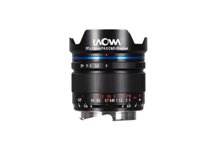