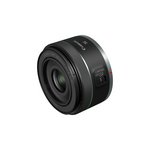 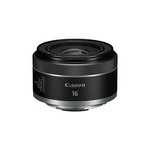 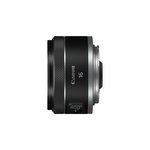 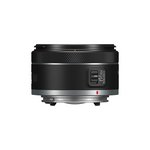 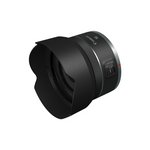 Canon RF16mm F2.8 STM is a compact ultra-wide-angle prime lens for the company's RF-mount mirrorless system. The first ultra-wide lens in the RF system, the RF16mm F2.8 STM targets the consumer market as a light and affordable option that should sell in higher volumes.
Aesthetically, the RF16mm F2.8 STM takes on the identical design shared by other affordable RF-mount lenses such as RF50mm F1.8 STM and RF85mm F2 Macro IS STM. It has a moderate f/2.8 maximum aperture and uses a single STM stepping motor for autofocus. These specifications alongside the 7-bladed aperture again affirm the market positioning of this lens.
As per usual, Canon does not include a lens hood for the RF16mm F2.8 STM in the box, though it happily accepts one. There is also a 43mm filter thread.
While this lens does not look like a reason to buy into Canon's RF system, for those who are already bought into the system it is certainly a welcoming addition that will be found in many photographers' bags. 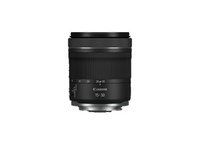 Canon EF 11-24mm F4L USM is an ultra wide-angle zoom lens for Canon EF-mount. It covers the full-frame image circle. Introduced by Canon in 2015, it has 16 elements in 11 groups. Photographers will be pleased by the fact that the lens is internally-zoo...
Compare
Neoscore 43%NEX score 92%

Canon EF-S 10-18mm F4.5–5.6 IS STM is an entry-level ultra wide-angle zoom lens for Canon EF-mount. It covers the APS-C image circle. Introduced by Canon in 2014, it has 14 elements in 11 groups. Photographers will be pleased by the fact that the lens ...
Compare
Neoscore 62%

Canon RF 35mm F1.8 IS STM Macro is a wide-angle macro lens for Canon RF-mount. It covers the full-frame image circle. Introduced by Canon in 2018, it has 11 elements in 9 groups. Unfortunately, Canon has opted to omit weather sealing for this lens, so ...
Compare
Neoscore 71%NEX score 73% 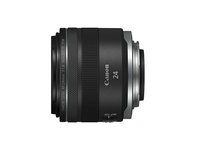 Canon RF 24mm F1.8 Macro IS STM is a wide-angle prime lens for Canon RF-mount. It covers the full-frame image circle. Introduced by Canon in 2022, it has 11 elements in 9 groups. While the lens does not stand out and is not a true 1:1 "macro" l...
Compare
Neoscore 65% 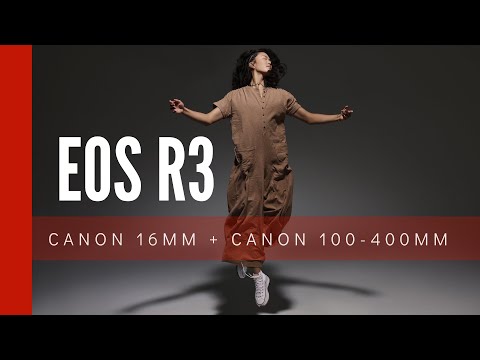 Sentiment Score 77%
Reviewers from cameralabs have found the following***:
Like many compact and affordable lenses today, the RF 16 2.8 makes substantial use of digital corrections, in particular to compensate for significant barrel distortion. If you shoot video or JPEGs in-camera, the corrections take place automatically and you’re left with a normal-looking image. But if you shoot RAW, applying the lens profile in your software will have the same effect, but it also gives you the chance to turn it off.
Find the original article here.
Pros
Cons

Sentiment Score 82%
Reviewers from pcmag have found the following***:
Canon's RF 16mm F2.8 STM is easy to recommend to Canon system owners. If you're using an EOS R or RP, you may miss the feature for handheld video work. The lens manages both good resolution and crisp multi-point sunstars at f/16.
Find the original article here.
Pros
Cons