CadillacPublished on 13 Dec 2020Last Edited on 06 Feb 2021Written by Dr Jiulin Teng
Keywords: cadillaccarbon-fibercompact-executivegmmagnesiummanual-transmissionmid-sizesedan
Cadillac is responding to customer demand and reintroducing the manual transmission option to the new 2022 CT4-V Blackwing and CT5-V Blackwing to be unveiled in early 2021. They will also feature driver-focused features such as exclusive forged magnesium wheels and carbon fiber seats. Based on the standard CT4-V and CT5-V that were unveiled in 2019 for the 2020 model year, the CT4-V Blackwing and CT5-V Blackwing are further tuned for driving enthusiasts. While details are still scarce, Cadillac has released sneak peeks into the driver-focused models. According to a study commissioned by GM, manual transmission has been one of the most sought-after features for enthusiasts.
Both the CT4-V Blackwing and the CT5-V Blackwing will feature the new 6-speed manual transmission as standard. Compared to manual transmissions found in previous Cadillac models, the new unit is further strengthened to handled the increased output and will be both quieter and more durable.
The only sport sedans in the compact executive and midsize segments to allow the drivers to row their own gears, the upcoming V-Series Blackwing models nonetheless offer an optional 10-speed automatic transmission.
These vehicles will be the first GM models with functional 3D-printed parts. To celebrate this change in manufacturing process, a unique 3D-printed medallion will be found on top of the shift lever (as pictured above). Magnesium offers the highest strength-to-weight ratio of all common metals. In order to reduce unsprung weight, which is the enemy of not only handling and acceleration but also ride quality, Cadillac will offer GM's first magnesium wheels in a production car in the 2022 CT4-V Blackwing and CT5-V Blackwing—and they are forged!
These exclusive options are inspired by the Cadillac DPi-V.R race car. According to GM, they will remain exclusive to the dual V-Series Blackwing vehicles. Exclusive to the upcoming CT5-V Blackwing is premium carbon fiber seats. These racing-inspired seats not only reduce weight but also add flare to the cabin: The carbon fiber seat back is book-matched to form a "V" pattern, while a laser-etched V-Series logo will be prominently featured.
The 2022 CT4-V Blackwing and CT5-V Blackwing will come on the market in the summer of 2021. Other exclusive features include a new performance steering wheel with a red racing stripe at 12 o'clock. 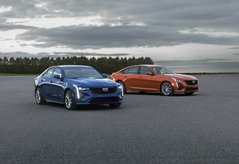 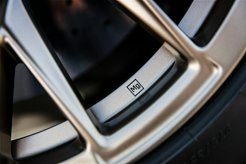 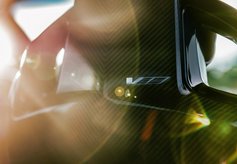 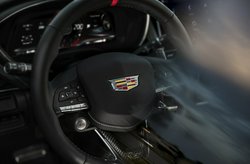 The 2022 Cadillac CT4-V Blackwing is the performance variant of the CT4 compact executive sedan unveiled in 2019. Powered by a twin-turbocharged V6 engine that produces over 470hp, the CT4-V Blackwing is engineered for the race track. Highlights of the...
Compare
NEX score 76%

For the 2020 model year, Cadillac introduces CT4 to replace ATS in the compact sport sedan segment. Continuing the success of ATS, CT4 is a sleek, fun-to-drive option for customers who enjoy the immersive driving experience. CT4 debuts with two inline-...
Compare
NEX score 76%

The CT5 sedan is Cadillac's all-new compact luxury sedan that continues the evolution of the famed carmaker's design language. It debuts with Cadillac's Super Cruise hands-free driver assistance system for limited-access freeways. With a fa...
Compare
NEX score 80%
Ads: Support our work by making purchase on the following sites. As affiliate of these vendors, we may receive a commission if you make a purchase with these links.
AmazoneBayAdoramaHP