ThinkPad X1 Series in 2020: Understanding Lenovo's Flagship Business Laptop Lineup & Which One Is for You

LenovoPublished on 14 May 2020Last Edited on 23 Jan 2021Written by Dr Jiulin Teng
Keywords: 2-in-15gfoldablelaptoplenovooledthinkpadthinkpad-x1
The center of innovation in mobile computing has long shifted to handheld devices, though laptops are productivity tools have remained crucial for business and, increasingly, for entertainment. Lenovo's ThinkPad line of premium business laptops have always been the model to beat in the segment. As OLED and 5G go beyond smartphones, Lenovo has launched several compelling options in its crème de la crème X1 series. In this guide, we try to understand the logic behind this lineup and, perhaps, help you make a purchase decision.

What's New Across the Lineup

All models feature ThinkPad's traditional dark-slab functional design, though thinner and lighter than ever before. On the X1 Extreme G2 and X1 Carbon G8, which have always used carbon fiber casing, an optional open-weave carbon fiber top cover is available. The X1 Yoga G5 is encased in CNC aluminium. Inside the ThinkPad X1 Carbon
Just a few short years ago, Lenovo ThinkPads were known for having mediocre displays and speakers. Since then, much efforts have been made to improve on these fronts:
All models (except X1 Fold, which is not yet available) offer a range of high-quality display options, including 4K UHD IPS and FHD IPS panels with HDR400 supports. On the X1 Extreme G2 and the X1 Fold, an OLED panel with touch is also available. ThinkPad X1 Carbon
In terms of audio, all models now have Dolby certification and advanced microphone arrays. On the X1 Carbon G8 and the X1 Yoga G5 this comes in at a 4x 360-degree microphone system that should enhance video calls. On the downside, the integrated cameras remain HD-only (except for the X1 Fold), though an IR camera has been added for Windows Hello. ThinkShutter, which physically conceals the camera, is standard on all but the X1 Fold.
When it comes to wireless connectivity, WiFi 6 (802.11ax) and Bluetooth 5 are standard. On all but the X1 Extreme, 4G LTE is supported; 5G is also to be supported in the upcoming X1 Fold. The 15.6-inch ThinkPad X1 Extreme
Besides these updates, some key features that have kept ThinkPad a favorite among professionals have remained largely unchanged: the pointing stick (little red dot), the three-buttoned touchpad, and the concave key caps with decent key travel, to name a few.

While the latest round of "weight loss" and crusade against bezels have minimized the importance of some aspects of form factor, it remains the one key characteristic that separates models in the ThinkPad X1 series: The X1 Extreme G2 literally starts at the same weight as the 14" models and is just as thin. Still, there is a non-negligible difference in screen size between the 15.6-inch X1 Extreme G2 and the 14-inch X1 Carbon G8 and X1 Yoga G5. ThinkPad X1 Yoga
Besides the screen size, the X1 Yoga is unique in being a 2-in-1. For those who appreciate the flexibility that this form factor offers, there is no need to look further. On the other hand, if you are only interested in the idea of a convertible laptop but have no concrete plan to use this feature, it is quite likely going to be left unused after the first few days—while the cost and weight associated with it will remain. The foldable X1 Fold
The X1 Fold offers a completely different package: It is slotted to be the industry's first foldable, single-screen 5G Always Connected PC (ACPC). Compared to the Yoga, it can be folded into a much more compact form factor. With Lenovo's Active Pen and Fold Mini Keyboard, it can also be much more powerful than tablets on the market today.

Who Are These Models For?

The X1 Yoga is likely to be favored by professionals whose jobs require them to work in small groups and to make frequent presentations. It may not be the most suitable for other business scenarios; while it used to be a favorite among consumers for entertainment, the upcoming generation of foldable computers is likely to displace this form factor in the consumer segment.
The X1 Carbon used to be the favorite among professionals who travel frequently and make frequent presentations. Part of this market is now taken over by 2-in-1s like the X1 Yoga. Still, for professionals who appreciate the compact, lightweight form factor, robust build quality, and strong performance, it remains a compelling option.
The X1 Extreme G2 had much promise but ended up a light refresh of the first generation. Many were disappointed, and some users have complained about hardware issues. Still, it is a competitive model against Dell's XPS 15. For professionals who appreciate performance above all else, the X1 Extreme G2 is an interesting choice.
The X1 Fold is potentially a game changer, though it is likely to cannibalize the market of X1 Yoga more than it does tablets that run mobile operating systems. A model with display larger than the 13.3" of the X1 Fold, nonetheless, may intrigue more users and perhaps create a new market segment. 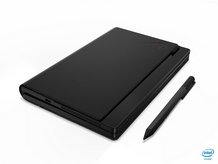 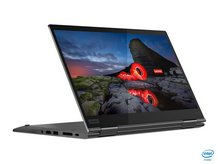 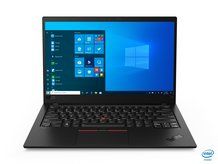 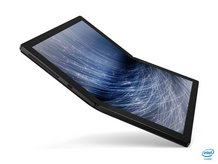 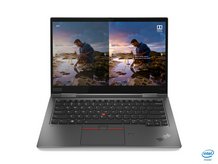 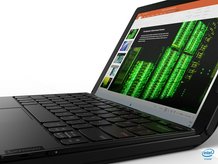 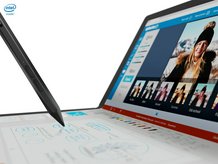 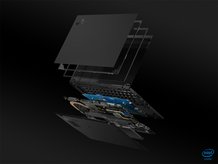 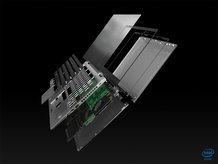 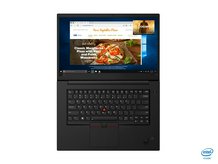 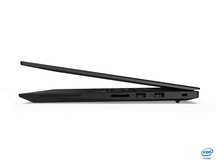 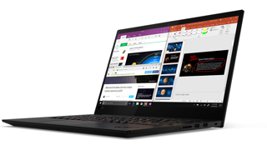 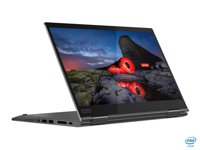 The ThinkPad X1 Yoga Gen 5 is a premium business 2-in-1 laptop computer designed for durability and performance on the go. In its 5th incarnation, the X1 Yoga offers improved battery life, connectivity, and form factor; it is also Lenovo's first la...
Compare
NEX score 84% 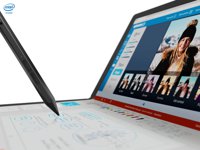 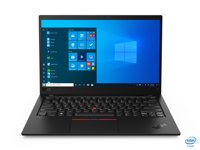 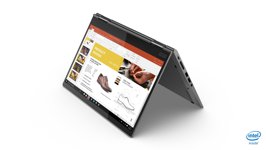 ThinkPad X1 Yoga is the 2-in-1 version of Lenovo's flagship business laptop, the X1 Carbon. In its 4th incarnation, the X1 Yoga is 11% thinner with a 17% smaller footprint. Powered by the latest Intel processors, the 4th generation X1 Yoga is more powe...
Compare
NEX score 84% 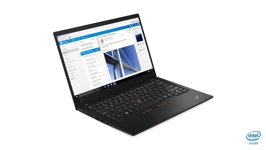 ThinkPad X1 Carbon is Lenovo's flagship business laptop that offers superior portability without compromise on performance. In its 7th incarnation, the X1 Carbon is 6% thinner than its predecessor and is available with a 4K HDR400 Dolby Vision panel. W...
Compare
NEX score 80%
Ads: Support our work by making purchase on the following sites. As affiliate of these vendors, we may receive a commission if you make a purchase with these links.
AmazoneBayAdoramaHP