Audi RS 6 Avant C5 (Typ 4B) is the ultimate high-performance executive station wagon from the beginning of the century in production from 2002 to 2006. It was available with a single bi-turbocharged V8 engine that displaced 4.2 liters.
Based on arguably the most advanced NA V8 engines to have come out of Volkswagen's portfolio, the bi-turbo variant found in the C5 RS 6 Avant was the crown jewel at the time. While it made the vehicle even more nose-heavy, it also gave the RS 6 Avant a distinct handling characteristic that many Audi enthusiasts have come to enjoy.
Unfortunately, the 5-speed ZF 5HP24A automatic transmission was used. While this was after the update that ZF introduced in 2001, this gearbox was still rather weak for quattro AWD applications. With the tremendous (for the time) amount of power and torque from the RS 6 Avant, this transmission fails regularly and has to be attended to much more frequently than one would like.
Nevertheless, as the first "super wagon", the C5 RS 6 has a special place in the hearts of many Audi enthusiasts.
Drivers who appreciate handling will be pleased to know that the Audi RS 6 Avant C5 comes with multi-link at the front and double-wishbone at the rear. 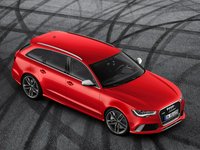 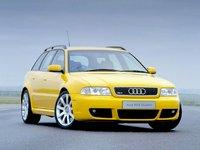 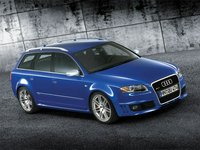 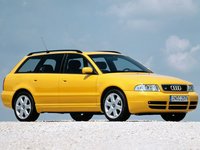