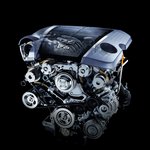 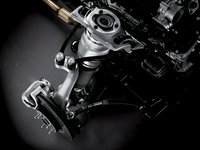 Hyundai Genesis (chassis code BH) is an executive sedan in production from 2008 to 2013. It was available with a range of V6 and V8 engines that displaced 3.3 to 4.6 liters.
One of the key models that led to Hyundai's current success, the original Genesis borrowed a lot of styling cues from successful competitors. One could almost see shadows of the S190 Lexus GS from the front and the E60 BMW 5 Series from the back.
Interestingly, Hyundai even mixed 6-speed automatic transmissions from Aisin (for V6 models) and ZF (for the V8), just as the GS and the 5 Series did respectively.
Still, the BH Genesis used Hyundai's own all-petrol engine lineup with no forced induction. At launch, Hyundai had 3.3L, 3.8L, and 4.6L port-injected engines. They were joined by 3.3L, 3.8L, and 5.0L direct-injected engines during the production run.
From 2012, a home-grown 8-speed automatic became standard.
Drivers who appreciate handling will be pleased to know that the Hyundai Genesis comes with double-wishbone at the front and multi-link at the rear. Combined with RWD, this setup provides one of the best handling characteristics and tuning capabilities. 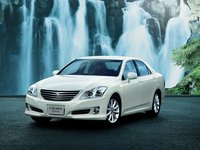