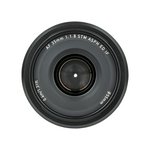 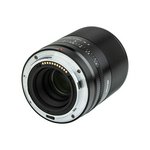 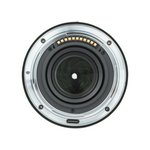 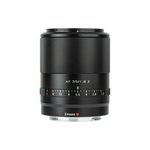 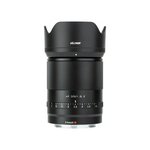 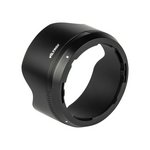 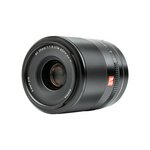 Viltrox AF 35mm F1.8 is a full-frame prime lens designed for E-mount and Z-mount mirrorless systems. It is part of Viltrox's push to march into the autofocus lens market, which has a much broader customer base, in 2021.
While Viltrox still prices the AF 35mm F1.8 as an affordable option to price-sensitive consumers, it has given this lens some interesting features that are either not found or rarely found in premium photographic lenses. Namely, the lens' aperture can be controlled either automatically via the camera or manually with the physical aperture ring. There is also a USB-C port for easy firmware upgrades.
Like the AF 24mm F1.8 unveiled earlier this year, the AF 35mm F1.8 uses a linear motor for autofocus. It promises good autofocus performance for both stills and video works. IQ-wise, Viltrox promises sharp and contrasty images from wide open, which perhaps should be understood in the context of the lens' pricing.
Another AF lens that Viltrox introduced this year is the AF 50mm F1.8, which shares the aesthetics with other AF lenses the company has released so far. 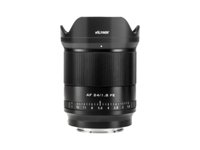 Viltrox 24mm F1.4 is an autofocus full-frame prime lens available for E-mount mirrorless system. It is one of the more affordable wide angle options for Sony FE and is suitable for landscape, travel, and environmental portraits. Built much like Viltrox...
Compare
NEX score 69% 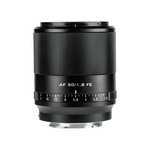 Viltrox AF 50mm F1.8 FE is an affordable prime lens for the E-mount mirrorless system. It is part of Viltrox's 2021 foray into the autofocus market, which has considerably broader consumer appeal, particularly in the price range that Viltrox targets. L...
Compare

Viltrox 85mm F1.8 Mark II is the upgraded version of the original autofocus full-frame telephoto prime lens by the company. It is currently available for E-mount, X-mount, and Z-mount systems. Notable, the Z-mount version does not have the "Mark II" de...
Compare 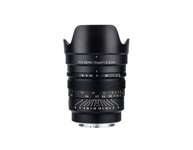 Viltrox 20mm F1.8 is a wide-angle manual-focus prime lens designed for E-mount and Z-mount full-frame systems. It has a full-metal construction and is an affordable option for landscape and architecture photography as well as street and environmental p...
Compare
NEX score 52%

Viltrox 33mm F1.4 is a compact and affordable APS-C prime lens for X-mount, E-mount, and EF-M-mount systems. With a 50mm full-frame-equivalent focal length, this lens is suitable for general photography and makes for a versatile option for APS-C shoote...
Compare
NEX score 69%

Viltrox 56mm F1.4 is a compact and affordable APS-C prime lens that is available for X-mount, E-mount, and EF-M-mount systems. With a 84mm full-frame-equivalent focal length, this lens is an interesting option for portrait photography. Despite the low ...
Compare
NEX score 69% 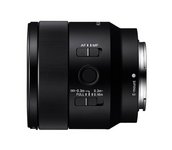 Sony FE 50mm F2.8 Macro is a normal macro lens for Sony E-mount. It covers the full-frame image circle. Introduced by Sony in 2016, it has 8 elements in 8 groups. For incremental weathers, Sony is kind enough to include weather sealing. The 1x magnific...
Compare
Neoscore 80%NEX score 64% 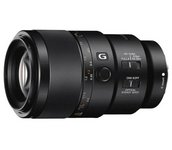 Sony FE 90mm F2.8 Macro G OSS is a short telephoto macro lens for Sony E-mount. It covers the full-frame image circle. Introduced by Sony in 2015, it has 15 elements in 11 groups. For incremental weathers, Sony is kind enough to include weather sealing...
Compare
Neoscore 80%NEX score 83%

Canon RF 35mm F1.8 IS STM Macro is a wide-angle macro lens for Canon RF-mount. It covers the full-frame image circle. Introduced by Canon in 2018, it has 11 elements in 9 groups. Unfortunately, Canon has opted to omit weather sealing for this lens, so ...
Compare
Neoscore 71%NEX score 73% 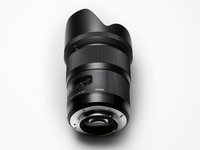