Lincoln Nautilus received a second facelift for the 2021 model year. Originally coming onto the market in 2016 as Lincoln MKX, the model received a mid-cycle update in 2019 and adopted the Nautilus moniker, dropping the naturally aspirated V6.
The second facelift for the 2021 MY focuses on technical updates for the Nautilus: Notably, it receives Ford's new SYNC 4 infotainment system on a 13.2-inch center display, the largest in the Lincoln brand. It is the first Lincoln model to receive this new system, though we can expect more recent models such as the Navigator, Aviator, and Corsair to receive similar treatments in their upcoming facelift.
Accompanying the new infotainment system is an updated interior design. New interior and exterior colors also become available. 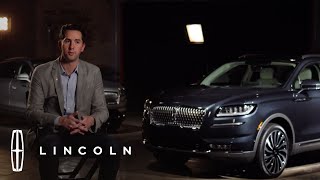 Lincoln Corsair is a premium crossover that replaces the MKC. With sleek design and a range of downsized and hybrid power train options, the Corsair offers a smart choice for consumers.
Compare
NEX score 74%

The facelifted 3rd-gen BMW X3 (G01) is a compact, two-row crossover. This mid-cycle refresh includes a range of cosmetic changes and technology upgrades, and some of its engines have slightly different outputs in order to comply with the new Euro 6d st...
Compare
NEX score 83%

The facelifted 2rd-gen BMW X4 (G02) is the sloped-roof (coupe) version of the compact, two-row X3 crossover. This mid-cycle refresh includes a range of cosmetic changes and technology upgrades, and some of its engines have slightly different outputs in...
Compare

The facelifted 2nd-generation Volkswagen Tiguan is a compact crossover based on the company's MQB platform. It is also available in a LWB configuration as Tiguan Allspace. For the first time, a separate Tiguan R model is available, and the plug-in ...
Compare
NEX score 58%

Audi Q2 is a subcompact crossover built on Volkswagen's MQB platform and shares underpinnings with the Audi A3 Mk3, Volkswagen Arteon, and VolksWagen Golf, etc. For the 2021-facelift, Audi has revamped the exterior design and refreshed the technolo...
Compare
NEX score 67% 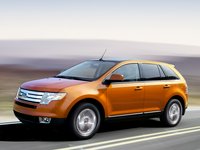 Ford Edge (chassis code U387) is a mid-size crossover in production from 2007 to 2014. It was available with a range of inline-4 and V6 engines that displaced 2.0 to 3.7 liters. While the Edge is relatively bland, it has a distinct front fascia, unlike...
Compare
Neoscore 50%

Ford Flex is a full-size crossover in production from 2008 to 2019. It was available with a range of V6 engines that displaced 3.5 liters. One of the largest crossovers on the market during its production run, the Ford Flex boasts an amazing, futuristi...
Compare
Neoscore 81% 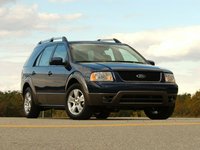 Ford Freestyle / Taurus X is an affordable full-size crossover in production from 2005 to 2009. It was available with a couple of V6 engines that displaced 3.0 and 3.5 liters. Interestingly, Ford marketed the vehicle as Freestyle for the first two year...
Compare
Neoscore 26%

Sentiment Score 63%
Reviewers from cnet have found the following***:
' updated interior is way nicer than before, and this isn't even a top-shelf Black Label model. Despite the excellent seats, this vehicle's driving position is a little awkward for taller folks like me. With that force-fed V6, expect 19 miles per gallon around town and 25 mpg on the highway.
Find the original article here.
Pros
Cons