Lenovo Legion Tower 5 26AMR05 is a high-performance gaming micro-ATX desktop computer positioned in the middle of Legion's lineup. It features AMD's Ryzen 3000-series processors with up to 16 cores paired with up to NVIDIA GeForce RTX 2080 SUPER graphics.
As a result, the Legion Tower 5 26AMR05 is able to deliver fast frame rates at 4K UHD resolution. Meanwhile, it features an upgraded Lenovo Legion Coldfront 2.0 liquid-cooling system that includes a 150-watt CPU cooler and larger intake fans. The towers' ARGB fan and system lighting can all be seen through a transparent side panel.
Multitasking, streaming, and content creating are made easier with WiFi 6 connectivity and a storage capacity of up to 2x 1TB PCIe SSD plus 2x 2TB 3.5 HDD and up to 128GB of memory.
Unlike the Legion 5 and 5i gaming laptops, which are virtually indistinguishable on the outside, the AMD-powered Legion Tower 5 and Intel-powered Tower 5i feature distinct designs. Lenovo also markets the Legion Tower 7i powered by Intel Core K-series processors. 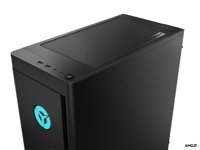 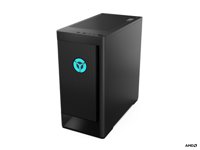 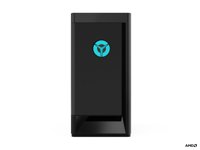 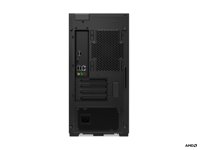 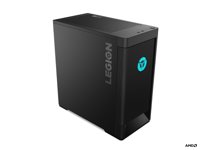 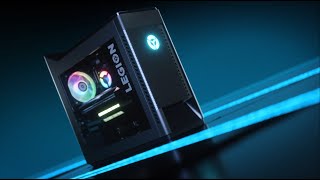 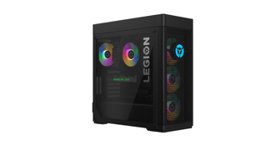 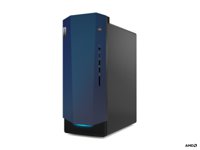 Lenovo IdeaCentre G5 14AMR05 is an entry-level gaming desktop computer in a compact 14L chassis. It features AMD Ryzen 3000-series CPUs and can be configured with a list of AMD and NVIDIA graphics up to RTX 2060. The IdeaCentre G5 sports an iridescent ...
Compare 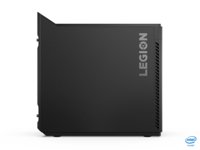 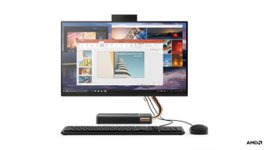 Lenovo IdeaCentre A540-24API is an affordable yet sleek 24-inch all-in-one desktop computer powered by AMD. It features a unique, eye-catching asymmetric design balanced by a metal stand. Inside, consumers have a choice of AMD Athlon, Ryzen 3, or Ryzen...
Compare 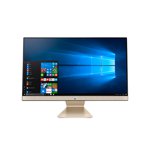 ASUS AiO V241DA/M241DA is an elegantly-designed all-in-one desktop computer at an affordable price point. Thanks to its NanoEdge (2mm bezels) Full HD anti-glare display that measures 23.8", the AiO V241/M241 boasts an 88% screen-to-body ratio. Thanks t...
Compare 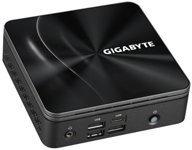 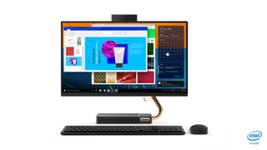 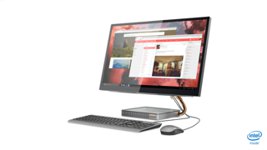 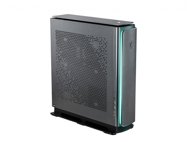 MSI Creator P100A 10th is a sleek compact desktop computer designed for creative workflows. It is powered by up to 10th-gen Intel Core i7 processor with NVIDIA GeForce RTX 2070 SUPER graphics in a neatly-packed chassis with organic curves that fit in a...
Compare 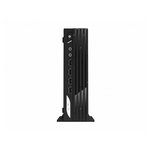 MSI PRO DP21 11M is a small-form-factor desktop computer designed for business applications. Notably, it can be configured with either 11th-gen Intel Core Rocket Lake processor up to i7 or a Pentium processor, affording businesses the flexibility to ge...
Compare 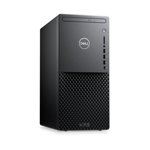 Dell XPS 8940 is redesigned from the ground up. Powered by up to 10th-gen Intel Core i9 processor and NVIDIA GeForce RTX 2060 SUPER graphics, the XPS 8940 can accommodate creative, gaming, and other intensive tasks. The new XPS Desktop packs amazing pe...
Compare
NEX score 73% 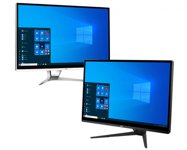 MSI PRO 22XT 10M is a sleek all-in-one made for commercial applications. It comes with a modest IPS panel in Full HD that supports 10-point multi-touch. The HDD Rapid Upgrade design allows user to upgrade or exchange the full storage quickly. The PRO 2...
Compare