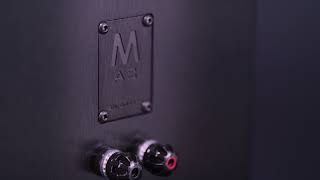 Magico A1 is a bookshelf loudspeaker in Magico's entry-level A-series. Designed to be obtainable, the Magico A1 is nonetheless a high-end unit that incorporates many of the innovative technologies and delivers much of performance that the brand is known for.
All speakers in the A-series are enclosed in anodized aluminium and powered by beryllium tweeter, carbon Nanographene cones, and neodymium based motor systems; they also feature Magico's renowned elliptical crossover.
The tweeters in the Magico A series feature a customized neodymium motor system encased in an improved back chamber with the latest damping materials. Their new midrange drivers employ a Multi-Wall carbon fiber cone with a layer of XG Nanographene. The woofers incorporate Magico's new Gen 8 Magico Nano-Tec cone.
All drivers in A series loudspeakers are acoustically integrated using Magico’s proprietary Elliptical Symmetry Crossover topology that utilizes state-of-the-art components from Mundorf of Germany.
Other models in this series include two floorstanders, Magico A3 and Magico A5, a center channel speaker, Magico ACC, and a subwoofer, Magico ASub. 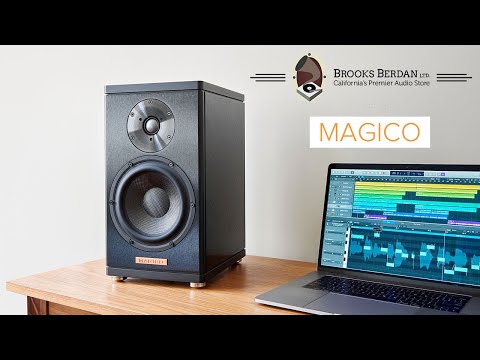 Magico ASub is a subwoofer in Magico's entry-level A-series. Designed to be obtainable, the Magico ASub is nonetheless a high-end unit that incorporates many...
Add to Comparison Magico A3 is the smaller of two floorstanding loudspeakers in Magico's entry-level A-series. Designed to be obtainable, the Magico A3 is nonetheless a high-e...
Add to Comparison Magico A5 is the larger of two floorstanding loudspeakers in Magico's entry-level A-series. Designed to be obtainable, the Magico A5 is nonetheless a high-en...
Add to Comparison
90%

Magico ACC is a center channel loudspeaker in Magico's entry-level A-series. Designed to be obtainable, the Magico ACC is nonetheless a high-end unit that in...
Add to Comparison Sonus faber Electa Amator III is the larger of two bookshelf loudspeakers in the company's Heritage collection. Its design echoes that of Electa Amator from ...
Add to Comparison
88%

* Neoscore is our sentiment analyzer based on natural language processing (NLP). Scaled in the range of 0 to 100, Neoscore eliminates scoring biases from each publisher.

** Neoanalyzer is our summarizer based on NLP. It identifies key takeaways from third-party review.