Bentley Arnage facelift is full-size ultra-luxury sedan in production from 2006 to 2009. It is available with a V8 engine that displaces 6.75L that traces its heritage back decades.
While the original Arnage came with an NA BMW V8 engine (M62) at first and two single-turbo Rolls-Royce Bentley OHV engines, the facelifted Arnage features a bi-turbo setup that was becoming popular in the industry around the mid-2000s. Another key update is the new ZF 6HP transmission, which replaced the GM 4L80E.
With a 19.5L/100km (12.1mpg) fuel "dis-economy", owners have to be prepared to pay for their "smiles-per-mile".

Bentley Mulsanne II is a full-size ultra-luxury sedan in production from 2010 to 2016, whereupon it received a facelift. It is available with a twin-turbocharged OHV V8 engine that displaces 6.75L. Owners will probably enjoy the powerful V8 particularl...
Compare
Neoscore 72%

Built on Volkswagen Group's MSB platform, the 3rd gen Flying Spur is decidedly more sporty and refined. It debuts with all-wheel steering and Dynamic Ride as well as a range of the latest luxury features and technologies that Bentley has to offer. ...
Compare
Neoscore 71%NEX score 85% 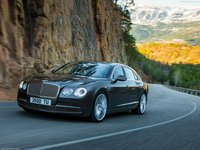 Bentley Flying Spur II is full-size luxury sedan in production from 2013 to 2019. It is available with twin-turbocharged V8 and W12 engines that displace from 4.0L to 6.0L. Owners will probably enjoy the powerful W12 in the W12 S the most. In fact, fo...
Compare
Neoscore 78%NEX score 79%

Bentley Continental Flying Spur is a full-size luxury sedan in production from 2005 to 2013. It is available with two turbocharged W12 engines that displaces 6.0L. Sharing its platform with the VW Phaeton and the Continental GT (D1), it was a derivativ...
Compare
Neoscore 49% 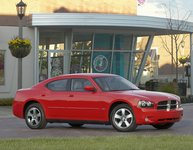 Dodge Charger 7 (chassis code LD) facelift is a full-size sedan in production from 2015. It is available with a range of V6 and V8 engines that displaced 3.6 to 6.4 liters. Compared to the pre-facelift model, the facelifted Charger 7 has a similar des...
Compare
Neoscore 78%NEX score 86%

Cadillac CT5 is an executive sedan in production from 2019. It is available with a range of inline-4, V6, and V8 engines that displaced 3.0 to 6.2 liters.Owners will probably enjoy the powerful small block V8 the most, though the smaller engines have p...
Compare
Neoscore 90%NEX score 80%

Sentiment Score 81%
Reviewers from carmagazine have found the following***:
The Arnage R and RL are up to 450bhp from 400bhp. The T model now stumps up 500bhp and a mighty 1000Nm of torque. There are two new low-inertia turbos, a reprofiled camshaft and a new roller tappet system.
Find the original article here.
Pros
Cons