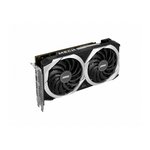 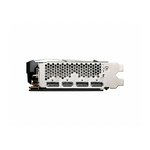 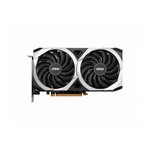 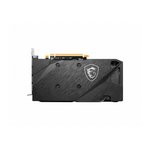 MSI Radeon RX 6600 MECH 2X is a custom-design dual-fan graphics card based on the new entry-level AMD RX 6000-series GPU, the RX 6600. As this GPU has only 8 lanes of PCIe Gen 4 and the lowest 224Gbps memory bandwidth, the RX 6600 MECH 2X is intended for light gaming at FHD.
Still, this graphics card has some of the recent features that MSI puts in its more premium cards. Examples include the TORX Fan 3.0 cooling fans with a uniquely blade design that increases air pressure and reduces fan noise.
While the card is not introduced with any overclocking, we can expect an OC variant to come on the market in due time.
This card has the exact same design and dimensions a the RX 6600 XT MECH 2X, though it is lighter as fewer electronic components are used. 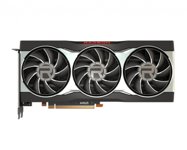 MSI Radeon RX 6800 16G is a reference card in the company's Radeon RX 6800 series. The new RDNA 2 Gaming Architecture combines performance with efficiency to provide that best gaming option that AMD has ever offered. The Radeon RX 6800 supports the...
Compare 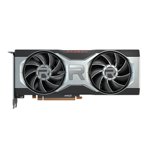 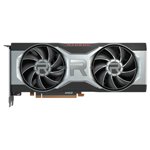 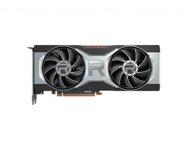 MSI Radeon RX 6700 XT is a reference card powered by AMD's RX 6700 XT chip. It shares with reference cards from other manufacturers the same 12GB GDDR6 memory and a 2581MHz boost clock. With 2560 stream processors on the RDNA 2 architecture, the RX 670...
Compare 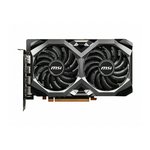 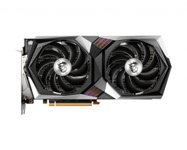 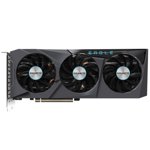 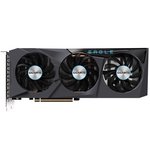 Gigabyte Radeon RX 6600 EAGLE is a custom-design 3-fan graphics card based on AMD's RX 6600 GPU. At the moment, RX 6600 is the entry-level option in the RX 6000-series, featuring the lowest memory bandwidth at 224Gbps and the fewest cores; it also only...
Compare 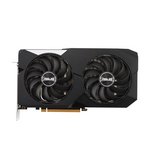 ASUS Dual Radeon RX 6600 XT OC is a compact dual-fan graphics card powered by AMD RX 6600 XT GPU in a custom design. While the RX 6600 XT is meant for light gaming duties and the Dual series is an entry-level line for ASUS, this card has a solid build,...
Compare 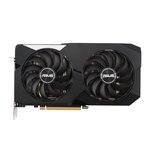 ASUS Dual Radeon RX 6600 is a dual-fan graphics card powered by AMD's RX 6600 GPU with custom design. This chip is currently the entry-level choice, having the lowest memory bandwidth and capacity as well as the fewest cores. Despite this, the Dual RX ...
Compare

Sapphire PULSE Radeon RX 6600 is the entry-level graphics card powered by AMD's Radeon RX 6600 GPU. It has a compact build, with two cooling fans placed tightly next to each other and a slim 2-slot form factor. The RX 6600 is currently the least powerf...
Compare