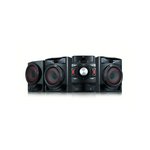 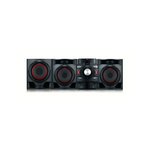 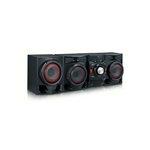 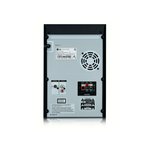 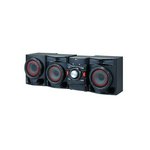 LG CM4590 is an old-school mini audio system with high power output and modern digital inputs. It is part of LG's XBOOM speaker lineup and, though not marketed as such, can make for an interesting option to pair with TVs, too.
The category of mini audio systems that the LG CM4590 falls into probably reached their preeminence in the 1980s, though this form factor gradually went out of favor after the stock market bubble burst in Japan, where its popularity originated from. Still, some consumers value the value that such a system presents compared to a conventional HiFi system.
The LG CM4590 is the modern incarnation of the mini system. It outputs 700 watts from a 2.1-channel setup. Each front speaker is a 2-way bass reflex unit, while the subwoofer has a 1-way bass reflex design. All ports are front-facing, giving the consumers more flexibility in placing the speakers.
The main unit comes with not only USB audio and Bluetooth streaming but also FM radio and CD. The CD player also supports MP3 and WMA playback.
The CM4590 was launched alongside the RK7 party speaker. 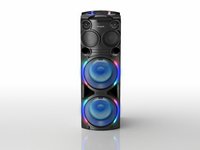 Yoyo (L) is a wireless speaker for the home by Cambridge Audio. It features a full range driver and a subwoofer on three sides (front, left, and right). Each driver also has its own amplifier, all within a compact, stylish enclosure covered in elegantl...
Compare 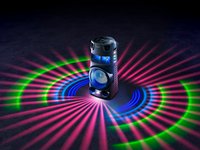 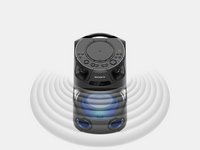 Sony MHC-V13 is a compact portable party audio system. It packs three drivers, including a 20cm-woofer, multi-color speaker lighting, and a range of party-oriented functionalities in a body that can be picked up by a single person easily. The dual 5cm ...
Compare
NEX score 79% 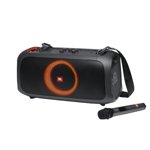 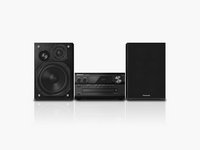 PMX92 is a micro audio system by Panasonic with a broad range of contemporary connectivity options: Beyond Bluetooth, FM/DAB+ radio, and CD, the PMX92 can also be connected to a television via optical-in.
Compare