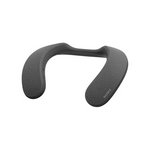 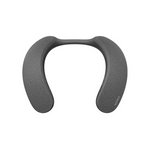 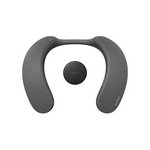 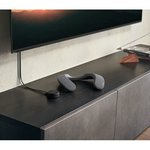 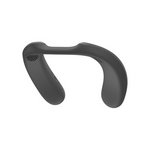 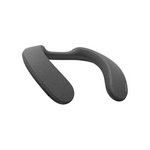 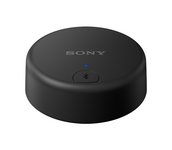 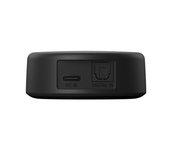 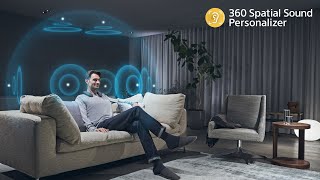 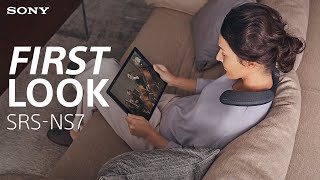 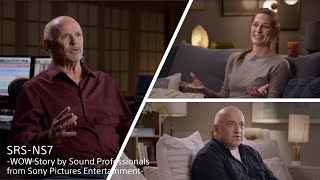 Sony SRS-NS7 is a premium wireless neckband speaker with virtual Dolby Atmos surround sound support. It is powered by two of Sony's X-Balanced drivers and two passive radiators in an up-firing configuration.
The SRS-NS7 comes with enough battery power for up to 12 hours of continuous use; it can also charge up in 10 minutes for an hour of additional use. In essence, it is designed as a more comfortable indoor substitute for headphones, even though it comes with IPX4 rating (which in this case is to secure the speaker during house works).
The SRS-NS7 comes with the WLA-NS7 wireless transmitter, which connects to sources such as TV or computer via optical or USB connection. The WLA-NS7 transmitter minimizes audio delay, even though the SRS-NS7 can work alone via Bluetooth 5.0. 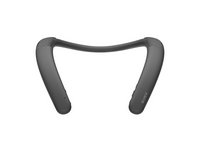 Sony SRS-NB10 is a wireless neckband speaker that offers a great listening experience while optimizing comfort when you move around throughout the day. This is achieve with the help of two full-range upward-firing speakers encased in a neckband that is...
Compare 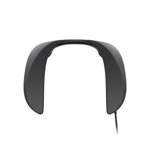 Panasonic SC-GN01 is a premium 4-channel surround neckband speaker. The first of its kind in the industry, it offers natural, immersive surround sound and is compatible with all popular gaming systems as well as PC. Unlike other neckband speakers, nota...
Compare