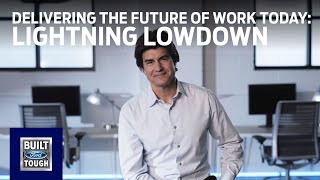 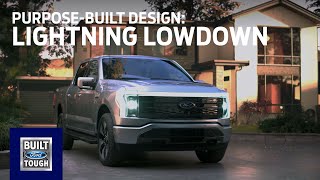 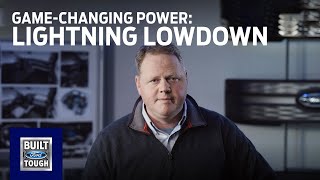 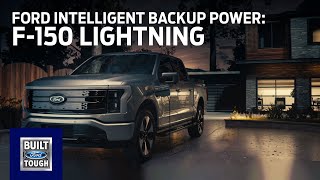 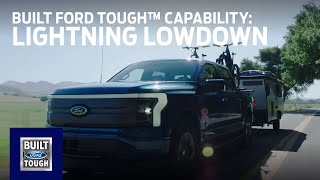 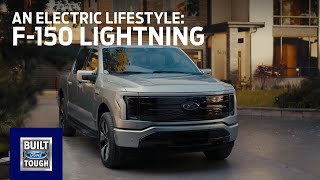 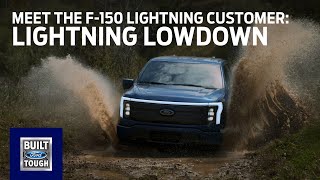 Ford F150 Lightning is the first fully-electric version of the legendary F150 pickup truck. Sharing much of the design details with the conventionally-powered 14th-gen F150, the Lightning is noted for its adoption of four-wheel independent suspensions and front trunk ("frunk") as well as, obviously, its battery-electric power train.
While the F150 Lightning retains its body-on-frame construction with high-strength steel and aluminum alloys, the need to fit the battery in the ladder frame means that, unlike the conventional F150, only one wheelbase is offered, at least at launch. It is the SuperCrew cab with 5.5-foot bed.
Sandwiching the battery are two transversely-mounted AC motors that drive either axle directly. As this setup removes the need for a 90-degree transfer of power at the differential, Ford dropped the solid rear axle on the F150 in favor of fully independent suspensions. This move is marketed as improving ride quality, which it does, though it potentially impairs off-road capabilities, which the position of the battery pack does, too.
As other new cars have fallen prey to, the F150 Lightning has a spacious touch screen mounted in the center console. The instrument cluster uses another screen. While consumers are led to believe that they want this, these screens are less easy to operate than physical buttons and gauges and, in the long run, they become archaic more quickly.

The 14th-generation Ford F-150 delivers greater towing capacity, higher payload, and better performance than ever before. Targeting to be the best on these fronts of any full-size light-duty pickup, Ford has expanded the powertrain lineup and added a r...
Compare
Neoscore 86%

Ford F-450 Mk4 (chassis code P558) facelift is a full-size super duty pickup in production from 2020. It is powered by only the 6.7L V8 turbodiesel with dually rear axles as standard. Those who drive offroad, for work or leisure, will appreciate the e...
Compare
Neoscore 72%

Ford Ranger Mk3 (chassis code T6) facelift is an affordable pickup in production from 2019. It is available with a range of inline-4 and inline-5 engines that displaced 2.0 to 3.2 liters. Those who drive offroad, for work or leisure, will appreciate th...
Compare
Neoscore 39%NEX score 63%

The 5th-generation RAM 1500 is the most luxurious and technologically-advanced truck ever to wear the RAM marque. Its optimized frame and powertrain deliver weight significant reduction (102 kg) and higher efficiency than its predecessor, too. The RAM ...
Compare
Neoscore 87%NEX score 81%

Toyota Tundra Mk3 (chassis code XK70) is a full-size pickup in production from 2021. It is available with a range of V6 engines that displaced 3.4 liters. Like the Land Cruiser J300 to which it is related, the Mk3 Tundra uses a new bi-turbo V6 engine ...
Compare
Neoscore 79%NEX score 46%

Nissan Titan Mk2 (chassis code A61) is a full-size pickup in production from 2016. It is available with a single petrol V8 engine that displaced 5.6 liters. Compared to the original Titan, the Mk2 has a more modern styling and is more upscale in featu...
Compare
Neoscore 67%NEX score 51%

Nissan Titan Mk2 XD (chassis code A61) is a full-size pickup in production from 2015. It is available with a range of V8 engines that displaced 5.0 to 5.6 liters. The heavy duty variant of the Mk2 Titan, the XD is available with a 5.0L Cummins V8 dies...
Compare
Neoscore 63%NEX score 62%

The 5th-gen RAM Heavy Duty is the segment's most luxurious and technologically-advanced. It also offers the highest towing capacity (17500 lbs) and payload (4590 lbs) that trucks wearing the RAM badge have ever delivered. The most luxurious Ram Lim...
Compare
Neoscore 80%NEX score 90%

The fifth generation Sierra is based on GM's fourth generation Chevrolet Silverado. It is a favorite among drivers who require the capabilities and durability of a work truck but also demand a level of refinement.
Compare
Neoscore 79%NEX score 77%