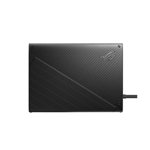 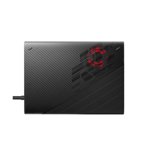 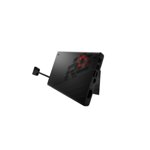 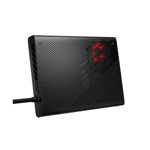 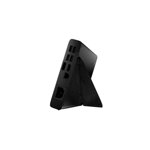 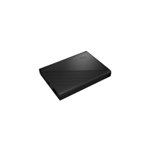 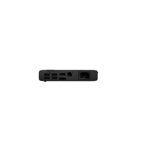 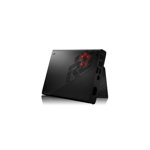 ASUS ROG XG Mobile is a compact external GPU designed for the ROG FLOW X13 unveiled at the same time. In a chassis that weighs just 1kg, ASUS packs a 280W power supply, a range of additional I/O ports, and an NVIDIA RTX 30-series GPU of the consumer's choosing, up to RTX 3080.
Unlike larger eGPUs designed to be a docking station at home, the XG Mobile is meant to be used on the go. According to ASUS, it is just 6% the size of a conventional eGPU. To achieve this, ASUS has endowed the ROG XG Mobile with an efficient vapor chamber cooling system with a single exhaust fan.
To ensure the bandwidth between the eGPU and the laptop, ASUS has adopted a proprietary PCIe 3 x8 interface with a separate USB 3.2 Gen2 connection in the same cable. The former provides a much higher bandwidth than even Thunderbolt 4, while the latter is used exclusively for the additional I/O ports. 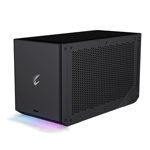 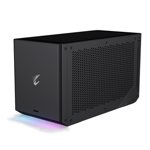 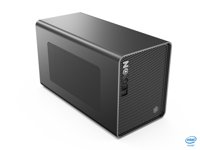 Sentiment Score 71%
Reviewers from notebookcheck have found the following***:
Asus ROG Flow X13 with the XG Mobile is a serious candidate to take on even the fastest gaming laptops. The external graphics solution performs very well in the synthetic benchmarks. However, we didn't experience unplayable frame rates in the native Full HD resolution with the 13-inch device. If you want to use the device with an external display, you get a full-fledged desktop replacement with the compact convertible.
Find the original article here.
Pros
Cons

Sentiment Score 60%
Reviewers from pcmag have found the following***:
The XG Mobile-Flow X13 bundle is an expensive and not-quite-as-capable alternative to a beefier gaming laptop. At $3,000 and up, you're spending at least $850 more than you would on an Alienware m15. In return for a lighter wallet, you get a far more portable laptop.
Find the original article here.
Pros
Cons