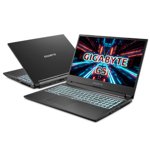 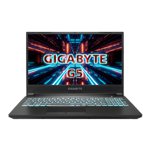 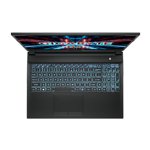 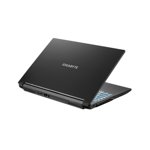 The 2021 Gigabyte G5 GD/MD is an entry-level 15.6-inch gaming laptop. It is an incremental improvement over the G5 (KC) model unveiled just a few months earlier at CES 2021.
Unlike the 17.3-inch G7, which is also updated, the G5 GD/MD has two major differences from the KC model: The new G5 uses 11th-gen Intel Tiger Lake processor, but it is now limited to i5 only. As NVIDIA's GeForce RTX 3050 and 3050Ti GPUs have become available, they have replaced the RTX 3060 in the KC model.
Except for these ostensible "downgrades", the GD/MD G5 offers several upgrades. It is now around 20% thinner, measuring just under 1 inch. DDR4-3200 and PCI Express Gen4 SSD are also newly supported.
For the GD model, which uses an RTX 3050 GPU, there is a new FHD panel with a narrower gamut. Arguably, all these shuffles aim to help Gigabyte segment its gaming laptop lineup better.
Alongside the G5, Gigabyte also refreshed other models in its premium laptop lineup with Tiger Lake processors in May 2021. 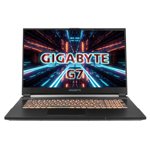 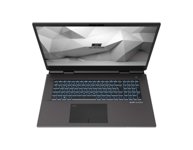 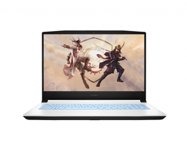 MSI Katana GF66 is an entry-level 15.6-inch gaming laptop. It is also available in white as the Sword 15. They share the same characteristics with Pulse GL66 / Crosshair 15: the difference is that the Katana GF66 / Sword 15 have plastic chasses. Config...
Compare
NEX score 50% 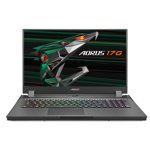 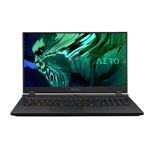 The 2021 Gigabyte AERO 17 HDR XD and YD are ultra-thin laptops designed for content creators. Sharing much of the same design and feature set of the XC/YC AERO 17 HDR models unveiled just months ago at CES 2021, the new models are refreshed with 11th-g...
Compare
NEX score 79% 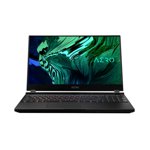 The 2021 Gigabyte AERO 15 OLED XD and YD are ultra-thin 15.6-inch laptops designed for content creators. They are an incremental improvement over the XC/YC models released just months before at CES 2021. Much of the improvement is in the adoption of 11...
Compare
NEX score 83% 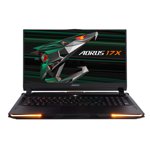 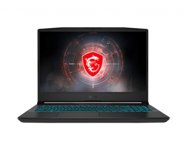 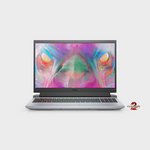 Sentiment Score 59%
Reviewers from notebookcheck have found the following***:
The G5 GD delivers the best frame rates that we've been able to register with the RTX 3050 laptop GPU so far. The matte display (Full HD, IPS, 144 Hz) offers stable viewing angles, good contrast, and decent color reproduction. For a low price, you can get a Full HD gaming laptop that brings all the latest games smoothly onto the screen.
Find the original article here.
Pros
Cons