Cambridge Audio Evo 150 is the more powerful of the two all-in-one music players launched at the same time. Compared to the cheaper Evo 75, the Evo 150 doubles the power output, upgrades the DAC, and introduces a number of extra connectivity options, including XLR and phono stage.
The Evo 150 comes in a timeless design with two finishes that echo the 1970s. Meanwhile, it manages to be modern and minimalist with a large dual-concentric rotary dial and a large 6.8-inch color LCD display.
Using Hypex NCore Class D amplification, the Evo 150 is able to deliver 150W per channel into 8ohms from a chassis of just one-foot by one-foot. Its DAC is upgraded from ESS Sabre ES9016K2M to ES9018K2M, though the max resolution remains 32bit 384kHz via USB Audio Class 2.
Connectivity-wise, the Evo 150 packs dual optical, coaxial, and USB ports as well as ARC (via HDMI), Bluetooth, and WiFi. It also adds a moving magnet phono stage and balanced XLR connectivity.
With the pair of music players, Cambridge Audio also introduced a matching CD transport, Evo CD, and bookshelf speakers, Evo S. 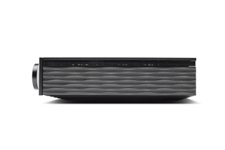 Cambridge Audio Evo 75 is one of the two all-in-one music players (essentially stereo network streamer) introduced by the storied English firm in 2021. Using Hypex NCore Class D amplification, the Evo 75 is able to deliver a high level of power in a sm...
Compare
NEX score 85% 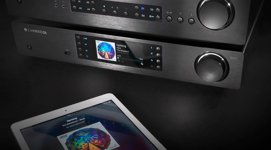 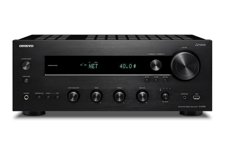 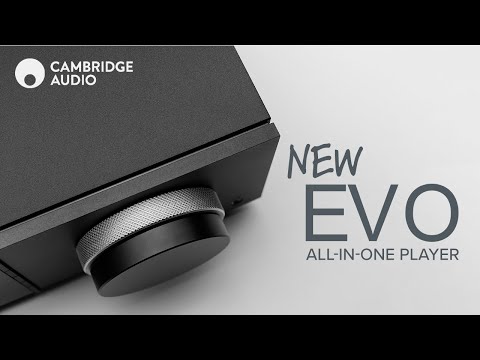 Sentiment Score 77%
Reviewers from whathifi have found the following***:
Cambridge Audio Evo 150 is a sturdily built, black anodised aluminium cabinet. Front of the cabinet is tastefully adorned with a 6.8in full-colour screen. Side panels come in either a walnut wood or black rippled Richlite and are magnetically attached.
Find the original article here.
Pros
Cons