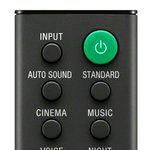 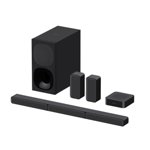 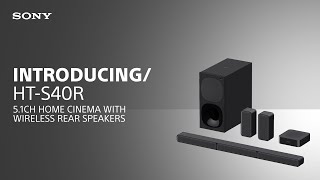 Sony HT-S40R is a full-featured mid-range soundbar with an authentic 5.1-channel setup. Outputting 600W in total, the HT-S40R comes with both a wired subwoofer and two wireless rear speakers.
Like other modern soundbars from Sony, the HT-S40R supports Bluetooth 5, allowing the consumer to connect it to the TV or other music sources wirelessly. Its wireless rear speakers are powered by a separate amplifier can can be mounted on the wall.
Naturally, the HT-S40R also supports analogue and optical input, while via USB the consumer can directly play music from a memory stick. 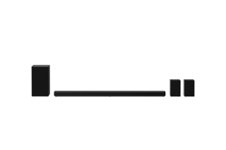 LG SP11RA is the flagship 7.1.4-channel soundbar with wireless subwoofer and wireless rear speakers in LG's 2021 lineup. Success to the SN11RG from 2020, the SP11RA is an incremental update, sharing with the former the same driver setup and power o...
Compare
NEX score 65% 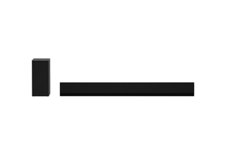 The LG GX soundbar is designed to match the style of the company's GX Gallery series ultra-thin OLED TVs. The soundbar can be mounted either flush on the wall directly under the TV or supported on the included steel stand. Identical in width and fi...
Compare
NEX score 47% 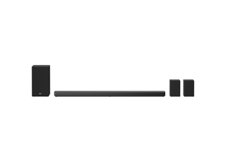 SN11YG is the flagship in LG's 2020 soundbar lineup. A 7.1.4-channel system, the SN11YG comes with both wireless rear speakers and a wireless subwoofer. It supports the most complete set of digital audio processing programs, including Dolby Atmos and D...
Compare
NEX score 65% 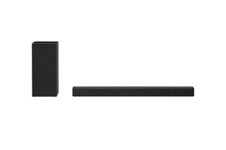 LG SN7Y is a 3.1.2-channel soundbar with wireless subwoofer. It supports a large set of digital audio processing programs, including Dolby Atmos and DTS:X. Like other premium 2020 LG soundbars, the SN7Y features Meridian Audio speakers; however, as a m...
Compare
NEX score 75% 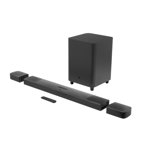 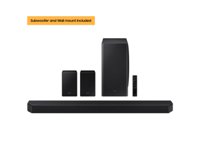 HW-Q950A is a flagship 11.1.4-channel soundbar with wireless subwoofer and wireless rear speakers in Samsung's 2021 Q-series. It is a successor to the HW-Q950T from 2020, adding two more side-firing speakers on the rear speakers. Compared to the HW-Q90...
Compare
NEX score 84% 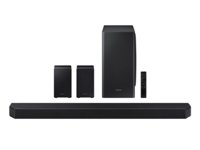 HW-Q950T is the flagship in Samsung's soundbar lineup, occupying the top spot in the company's premium Q-series. The HW-Q950T sports 20 drivers in a 9.1.4-channel setup and supports the most complete set of digital audio processing features in ...
Compare
NEX score 81% 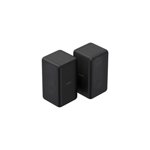 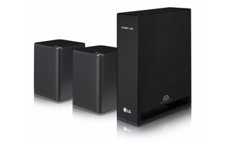 LG SPK8-S wireless rear speakers are the complement to compatible LG soundbars to create a more authentic surround sound experience. It supports not only LG's 2020 soundbar models (SN-series) but also earlier SL- (2019) and SK-series (2018). We may...
Compare 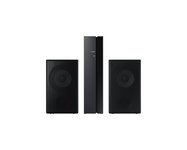 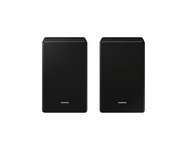 Samsung SWA-9500S is a wireless rear speaker kit for select 2021 Q-series soundbars, including the HW-Q700A, HW-Q800A, and HW-Q900A, adding surround and rear height channels to the experience. Unlike the more primitive SWA-9100S for the same model year...
Compare