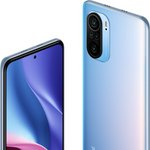 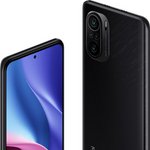 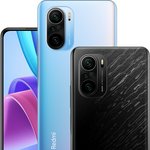 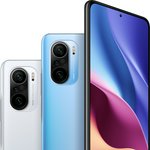 Redmi K40 Pro is part of Xiaomi's 2021 Redmi K40-series dual-SIM 5G smartphones. Compared to the base K40, it uses the same Snapdragon 888 chipset found in Xiaomi's flagship Mi 11 as well as numerous other flagship smartphones, including the Galaxy S21.
Sharing the same dimensions with the base K40, the K40 Pro also has the same 6.67-inch OLED display sourced from Samsung. As a result, it has the same 20MP front camera set in a small centered punch hole found in other recent Xiaomi smartphones.
Like the two other models in the K40 series, the K40 Pro also offers 120Hz refresh rate. However, the Pro models uniquely enjoy the latest WiFi 6E and Bluetooth 5.2 connectivity, which are topped up by multi-functional NFC and IR blaster.
The Redmi K40 Pro's credentials also include up to 8GB of LPDDR5 memory and 256GB of UFS 3.1 storage, on part with the best from South Korea despite the market positioning of the Redmi sub-brand. 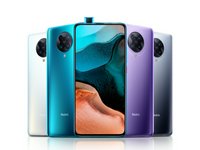 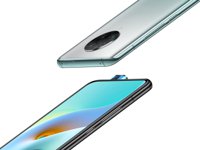 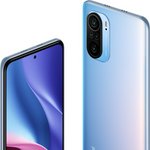 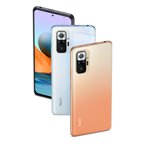 Xiaomi Redmi Note 10 Pro is an affordable dual-SIM smartphone with premium features. It sports a gorgeous 6.67" OLED display, a quad-camera setup that includes a 108MP main unit, and a generous 5020mAh battery. It is powered by Qualcomm's Snapdragon 73...
Compare
NEX score 74% 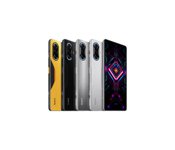 Redmi K40 is part of Xiaomi's 2021 Redmi K40-series dual-SIM 5G smartphones. Unlike the Pro models, the base K40 uses the Snapdragon 870 chipset and LPDDR5 at a lower frequency. The Redmi K40 has a three-camera setup at the rear that is a step-up f...
Compare 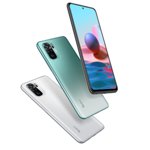 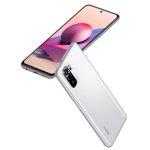 Xiaomi Redmi Note 10S is an affordable smartphone sitting between the Redmi Note 10 and the Note 10 Pro. It shares the same 6.43-inch OLED display as well as the chassis from the Note 10 but adds three notable features over it: Xiaomi has endowed the R...
Compare
NEX score 58%

Xiaomi Redmi 10 is a low-price smartphone with a strong camera setup and a large 6.5" FHD+ display with Adaptive Sync support. Slotted for the sub-$200 segment, it indeed brings features that could only be found in premium phones from just a couple of ...
Compare
NEX score 48% 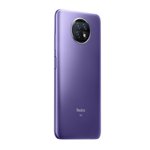 Xiaomi Redmi Note 9T is an affordable yet full-featured smartphone powered by MediaTek Dimensity 800U processor with a 6.53" FHD+ display and dual 5G dual standby. Despite its affordable price, the Redmi Note 9T comes with three rear cameras, including...
Compare
NEX score 68% 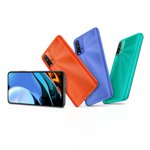 Xiaomi Redmi 9T is an affordable yet full-featured smartphone powered by Qualcomm Snapdragon 662 chipset with a 6.53" FHD+ display and dual SIM dual standby. Despite its affordable price, the Redmi 9T comes with four rear cameras, including a primary c...
Compare
NEX score 39%

MIUI 12 operating system offers a range of bottom-up optimizations and features, including privacy-protection features, and packs them in a brand-new UI desi...
News
15 Jun 2020 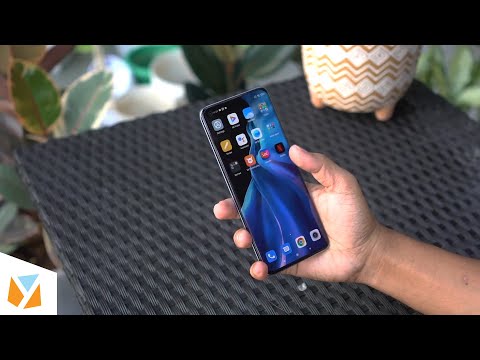 Sentiment Score 74%
Reviewers from notebookcheck have found the following***:
The Redmi K40 Pro supports a "360° light sensor technology" that is supposed to precisely control the accuracy of the automatic brightness adjustment. Thanks to the OLED technology used, the black levels are first-class and the contrast ratio is very good (infinite in theory) The system speed of the Redmi Phone is first-rate.
Find the original article here.
Pros
Cons