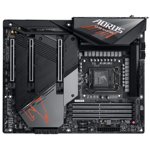 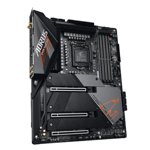 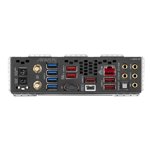 Gigabyte Z590 AORUS MASTER is a high-end ATX gaming motherboard based on Intel's Z590 Express chipset. Compared to the Z590 AORUS PRO AX, it supports higher bandwidth with one of its three PCIe x16 slots and offers a more robust platform for water cooling.
Designed for 10th- and 11th-gen Intel Core, Pentium, and Celeron processors, the Z590 AORUS MASTER supports a large selection of expansions and I/O ports. It also features WiFi 6 and Bluetooth 5.1 wireless connectivity.
For fast disk reads and writers, the AORUS MASTER supports PCIe 4.0 NVMe SSD, which is cooled by Gigabyte's Thermal Guard II thermal solution that maintains the stability and durability of the drive during high-speed operations.
In terms of memory support, the 4x DIMMs can each take up to 32GB DDR4 3200MHz memory, with support for XMP 5000MHz modules. It also provides a USB 3.2 Gen2x2 port at the rear I/O panel.
The power supply circuit on the Z590 AORUS comes with 20+1 phases, each of them holding up to 100 amps with the DrMOS power stage design. Gigabyte's engineers also paid attention to cooling the power circuitry, with Fins-Array II heatsink and Direct-Touch Heatpipe II together to manage VRM temperatures.
To spice up your gaming rig, the Z590 AORUS MASTER not only features RGB FUSION 2.0 RGB lighting but also comes with headers that support addressable LED and RGB LED strips.
Alongside the MASTER, Gigabyte also unveiled the Z590 AORUS ELITE, ELITE AX, ULTRA, PRO AX, and XTREME at CES 2021. 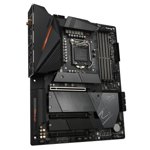 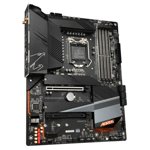 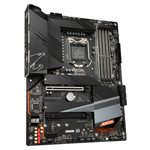 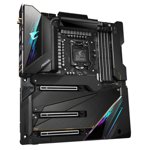 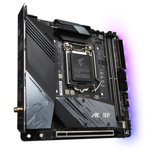 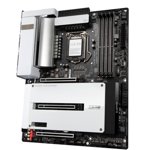 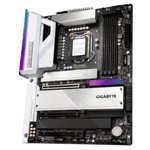 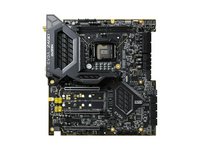 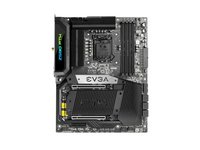 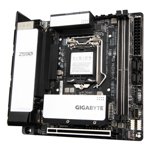 Gigabyte Z590I VISION D is an ITX motherboard based on Intel's Z590 Express chipset. With a compact package, it retains most of the features of the ATX Z590 VISION D. Like the ATX motherboard, it comes with two Thunderbolt 4 ports as well as WiFi ...
Compare 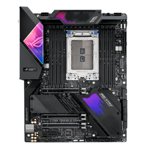 ASUS ROG Strix TRX40-E Gaming is an ATX motherboard based on AMD's TRX40 chipset and designed for 3rd-gen Ryzen Threadripper processors. Months after its release, ASUS also introduced the TRX40-XE, which upgrades the VRM of TRX40-E with 16 power st...
Compare 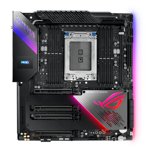 Sentiment Score 82%
Reviewers from anandtech have found the following***:
The GIGABYTE Z590 Aorus Master is one of the higher-end options on Z590. It has double the bandwidth from the CPU to the chipset (DMI x8, previously x4), and USB 3.2 G2x2 Type-C. The integrated audio solution is premium, too, with a Realtek ALC1220-VB HD audio codec.
Find the original article here.
Pros
Cons

Sentiment Score 77%
Reviewers from tomshardware have found the following***:
Gigabyte chose to go with a 19-phase setup for the Vcore and SOC on the power delivery front. The bottom half of the board is mostly covered in shrouds hiding all the unsightly but necessary bits. Hidden under the shrouds around the PCIe slots are three M.2 sockets.
Find the original article here.
Pros
Cons