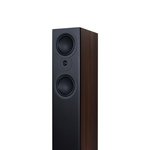 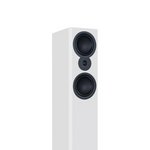 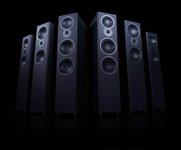 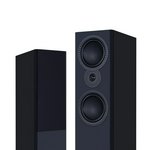 Mission LX-5 MKII is the middle of three floorstanding loudspeakers in Mission's entry-level LX MK2 series designed for price-sensitive consumers for both stereo and home theatre applications.
The LX MKII series features a new 24mm microfibre dome tweeter with neodymium magnet, selected for maximum magnetic force in a small space. A new version of Mission's DisDrive bass / midrange drive unit, where the usual cone and dust cap arrangement is replaced by a seamless curvilinear diaphragm, can also be found. The diaphragm itself is fashioned from an advanced dual-layer fibre formulation, selected for its reduced susceptibility to hygroscopy as well as being very stiff for its mass with excellent self-damping.
Like the QX series, the LX MKII series feature "comb-tooth" serrations in the main driver surroundings as well as indentations around the tweeter, providing a smoother frequency response than the previous generation.
The three standmount models in the range feature DiaDrive units positioned according to Mission’s Inverted Driver Geometry (IDG), with the bass/mid driver sited above the treble unit. The two-way LX-4 MKII and LX-5 MKII floorsanders extend IDG to a full D’Appolito array, siting the treble unit between a pair of DiaDrive bass/mid units – one above, one below.
Other models in this series include two other floorstanders, LX-6 MKII and LX-4 MKII, three bookshelf speakers, LX-3 MKII, LX-2 MKII, and LX-1 MKII, two center channel speakers, LX-C1 MKII and LX-C2 MKII, and one wall-mount / surround speaker LX-3D MKII. 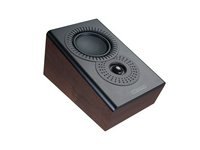 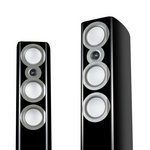 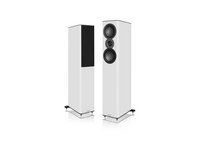 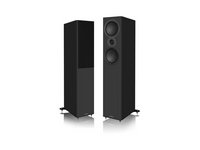 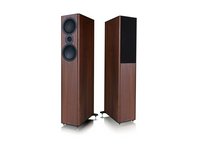 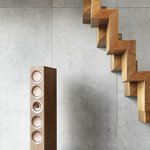 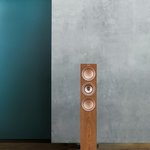 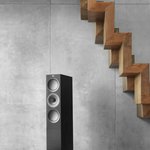 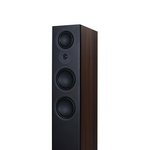