The 2nd-generation Toyota Mirai is constructed on Toyota's latest rear-wheel-drive modular platform, GA-L. The GA-L platform is engineered to accommodate the hydrogen fuel-cell powertrain, amongst others. The new platform enhances handling dynamics and design.
With a new 3-tank layout and fully-redesigned fuel-cell system, the 2nd-gen Mirai reaches a range of 650 km, a 30% increase over its predecessor. Updates on the fuel cell system also achieves significant reductions in the size and weight of all principal components; combined with the new RWD layout, the new Mirai achieves dramatic improvement in driving dynamics.
The new Mirai has a design echoes what many would have expected a Lexus GS would be, though the latter has been cancelled. 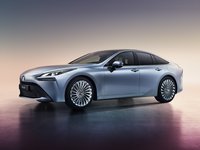 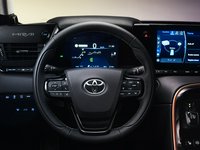 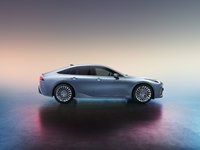 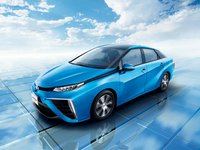 Toyota Mirai (code JPD10) is the world's first commercially-available hydrogen fuel-cell vehicle in sedan form in production from 2014 to 2020. It has a small 1.6kWh Nickel-metal hydride battery and a small 113kW electric motor powered by electrici...
Compare
Neoscore 44%NEX score 47% 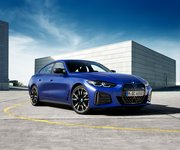 Mercedes EQE (V295) is the EV-equivalent of the E-Class executive sedan. As it is with the EQS vis-à-vis S-Class, however, the EQE is built on Mercedes' new EV-only MEA Platform and has a shocking exterior design. True to Germany's "same sa...
Compare

Tesla Model S is full-size sedan in production from 2012 to 2016, whereupon it received a facelift. It is powered by electric motors from 302hp to 691hp aided by batteries from 60kWh to 85kWh. Drivers who appreciate handling will be pleased to know th...
Compare
Neoscore 69%

Tesla Model S (facelift 2016) is full-size sedan in production from 2015 to 2021. It is powered by electric motors from 286hp to 598hp aided by batteries from 60kWh to 100kWh. Engineers at Tesla clearly made a great effort in aerodynamics, with a class...
Compare
Neoscore 74%NEX score 88%

Tesla Model 3 is mid-size electric sedan in production from 2017 to 2020. It is powered by electric motors from 204hp to 325hp aided by batteries from 50kWh to 80kWh.Engineers at Tesla clearly made a great effort in aerodynamics, with a class-leading 0...
Compare
Neoscore 57%NEX score 88%

Taycan is the first fully-electric vehicle by Porsche. It is also the first production electric vehicle with a system voltage of 800 volts instead of 400. This makes fast charging using DC significantly faster. Another innovation is the two-speed trans...
Compare
NEX score 88%

Audi e-tron GT is a luxury electric executive sedan. Slotted to compete against Tesla Model S, the e-tron GT shares its platform and chassis design with the Porsche Taycan. At launch in February 2021, Audi has introduced the RS e-tron GT and the e-tron...
Compare
NEX score 81%

Hyundai IONIQ is a compact sedan engineered specifically for hybrid or battery electric in production from 2016 to 2019, whereupon it received a facelift. Interestingly, with the same chassis Hyundai sells the IONIQ in hybrid, plus-in hybrid, and batte...
Compare
Neoscore 24%

Toyota Crown 11 (code S170) is an executive sedan in production from 1999 to 2003. It was available with a range of inline-6 engines that displaced 2.0 to 3.0 liters. Unlike most modern Toyotas marketed in the West, the Gen11 Crown was assembled in Jap...
Compare
Neoscore 68% 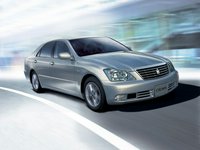 Toyota Crown 12 (code S180) is an executive sedan in production from 2003 to 2008. It was available with a range of V6 engines that displaced 2.5 to 3.5 liters. Unfortunately, Toyota moved away from inline-6 engines completely from this generation. Eve...
Compare
Neoscore 57% 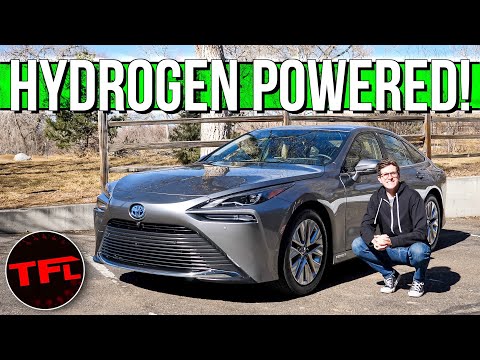 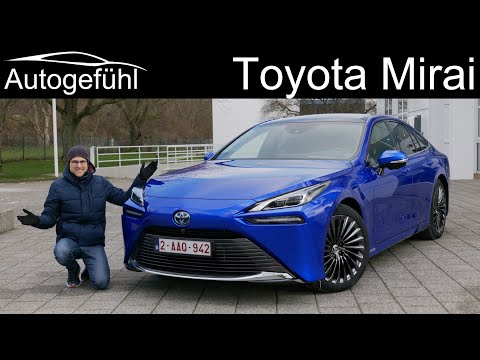 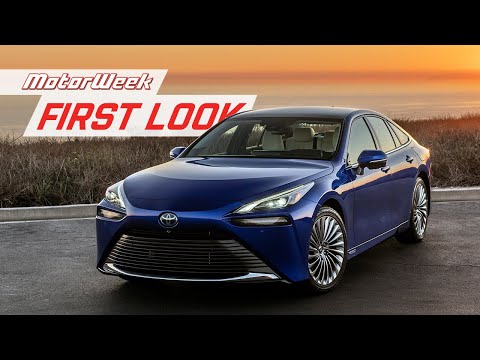 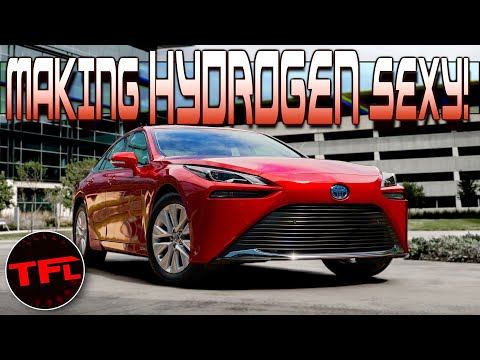 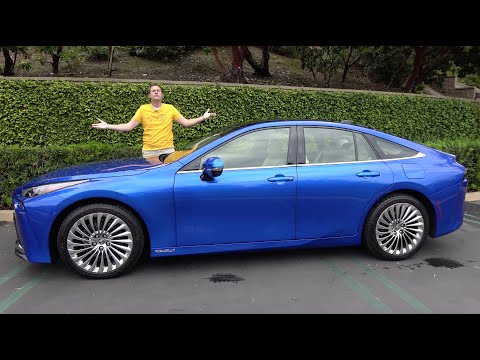 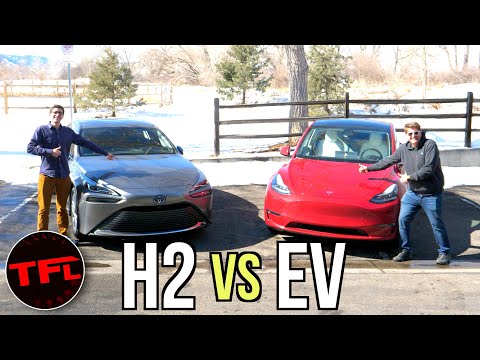 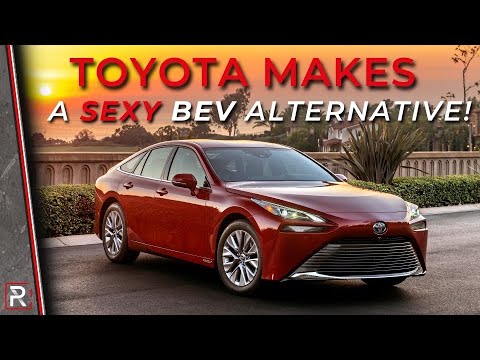 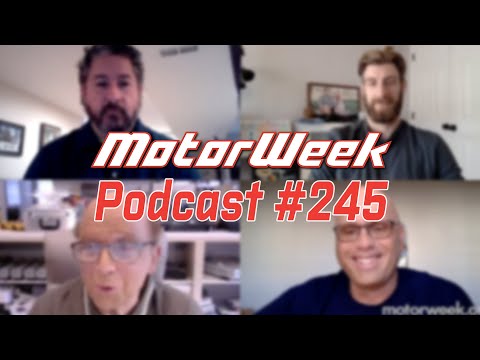 Sentiment Score 60%
Reviewers from autocar have found the following***:
The new Mirai is rear-wheel drive, and between the bonnet and the rear wheels there are three hydrogen tanks rather than a drivetrain. Between them, they hold 5.6kg of hydrogen. The Mirai weighs 1950kg, which is quite heavy, but a BEV of the same size and range would weigh more. Toyota still isn’t going to sell as many Mirais as it does Camrys.
Find the original article here.
Pros
Cons

Sentiment Score 68%
Reviewers from autocar have found the following***:
The new Toyota Mirai has been comprehensively overhauled. Fuel cell stack is smaller and lighter with 330 cells, down from 370. Output has increased from 153bhp to 180bhp, and drive is now sent to the rear, rather than front, wheels. A third high-pressure hydrogen tank has been added, with the combined storage of 5.6kg of liquefied hydrogen enough to offer a range of around 400 miles.
Find the original article here.
Pros
Cons

Sentiment Score 64%
Reviewers from autoexpress have found the following***:
Toyota Mirai is more powerful, more luxurious and better equipped than the first-gen. Prices now start from £49,995 - the best part of ten grand for the performance. The ride is forgiving - even on top spec Design Premium Pack trim's 20-inch wheels. The car is neatly balanced front to rear, so it feels stable and predictable.
Find the original article here.
Pros
Cons

Sentiment Score 70%
Reviewers from carmagazine have found the following***:
Fuel cell stack has been shrunk from 33 to 24 litres, and resulting power climbs by half to 5.4kW/litre. Soundproofing is ace, assisted by zero moving parts in fuel cells. Light steering is effortless, steady but accurate, and the suspension softly-sprung.
Find the original article here.
Pros
Cons

Sentiment Score 75%
Reviewers from cnet have found the following***:
The Mirai's rear-wheel-drive architecture is shared with the larger Lexus LS. With a starting MSRP of $50,455, the new Mirai is more than $9,000 cheaper than the old model. Toyota estimates a 9.2-second 0-to-60-mph time.
Find the original article here.
Pros
Cons